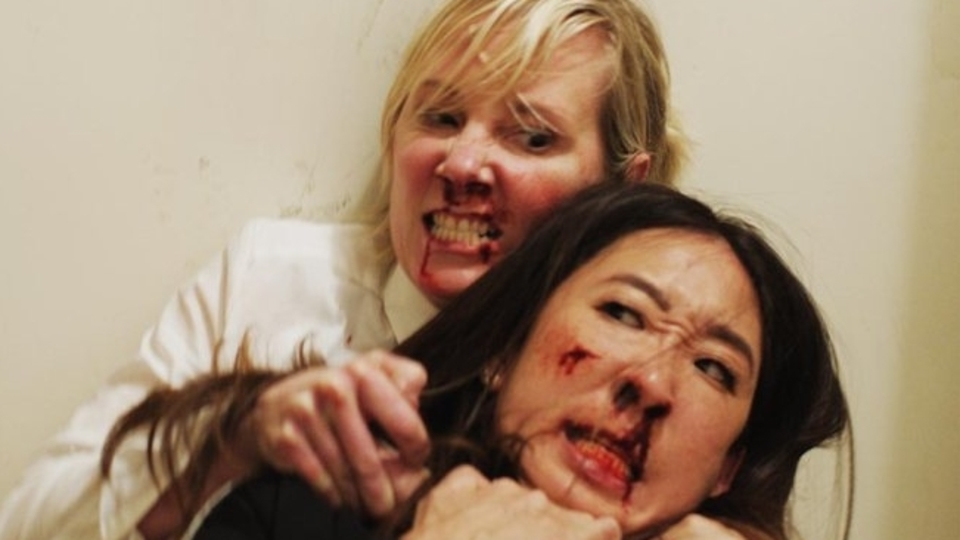 Prepare to sink your claws into Catfight, a brutal and darkly hilarious film that combines the violence of Fight Club and the poignant comedy of Arrested Development, all mashed into one of the most original and funniest movies of recent years.

Struggling artist Ashley (Anne Heche) and wealthy housewife Veronica (Sandra Oh) were friends at college, but their paths have not crossed since. When they find themselves attending the same event (Ashley working as a waiter at Veronica’s rich husband’s party), their initial thinly-veiled verbal pleasantries soon take a turn, leading to an all-out brawl and all- consuming rivalry that will keep these two locked in combat for years.

With supporting appearances from Alicia Silverstone as Ashley’s lesbian love interest, and Dylan Baker playing an overworked coma doctor, Catfight turns the portrayal of women’s fights in movies on its head in the most violent of ways possible, landing a killer satirical blow at modern day society.

Catfight is Written & Directed by Onur Tukel (Summer Of Blood).

To be in with a chance of winning one of 3 Catfight DVDs, all you need to do is answer the question below: