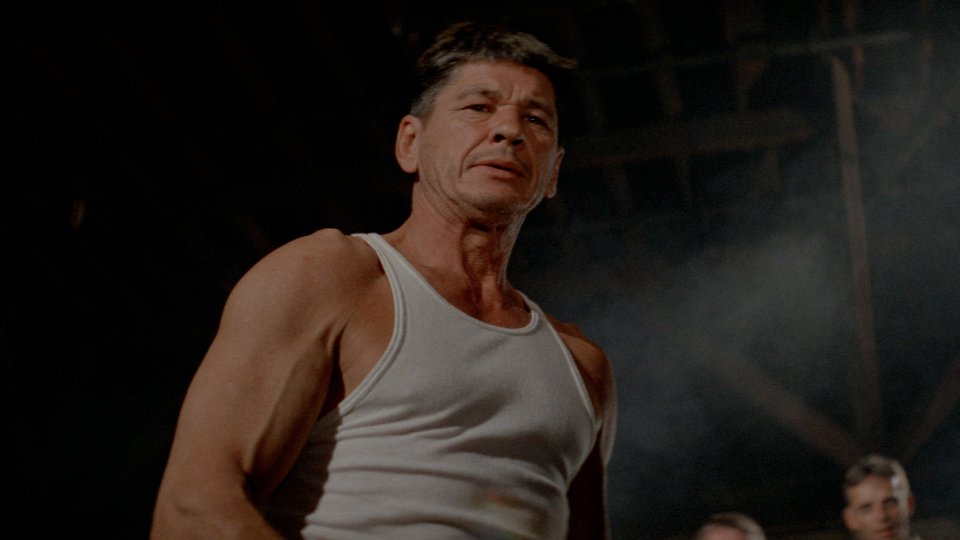 Eureka Entertainment to release Hard Times, Walter Hill’s two-fisted action drama featuring Charles Bronson at his explosive best, as part of the Masters of Cinema Series in a Dual Format edition on 24 April 2017.

Bronson plays a drifter suddenly caught up in the fight game during the Great Depression. Chaney, a down-on-his-luck loner, hops a freight train to New Orleans where, on the seedier side of town, he tries to make some quick money the only way he knows how – with his fists. Chaney approaches a hustler named Speed (James Coburn) and convinces him that he can win big money for them both.

Gritty, vivid and engrossing, the Masters of Cinema Series is proud to present this 1970s gem, available on Blu-ray for the first time in the UK, and presented from a new 4K restoration, in a new Dual-Format edition.

Hard Times, Walter Hill’s two-fisted action drama featuring Charles Bronson at his explosive best, is released as part of the Masters of Cinema Series in a definitive Dual-format (Blu-ray & DVD) edition on 24 April 2017, and is available to purchase here http://amzn.to/2lfduub

To celebrate the release we have 3 copies of Hard Times to give away. To be in with a chance of winning, all you need to do is answer the simple question below: