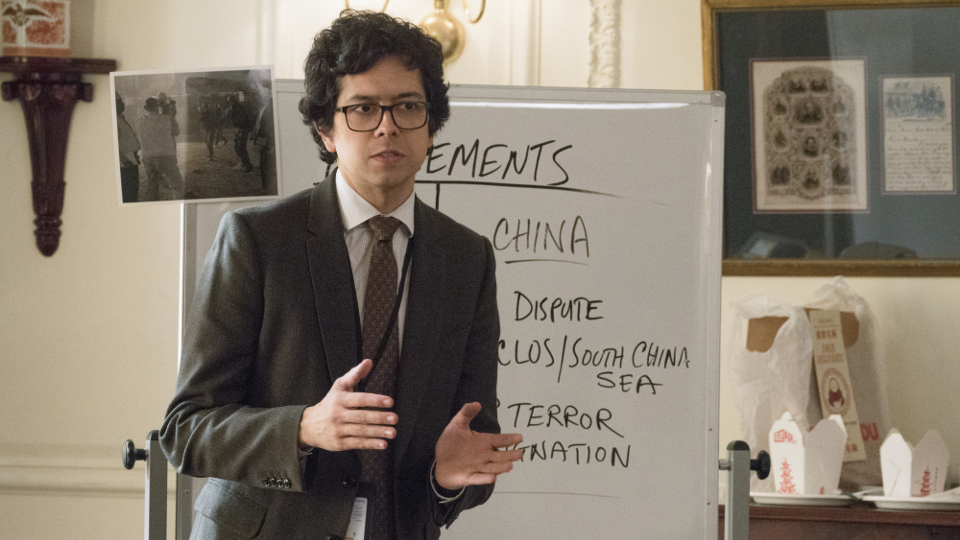 On the latest episode of Madam Secretary, President Dalton (Keith Carradine) and his staff awaited the election results.

The episode began on election day with Russell Jackson expecting an incredibly close result. He felt their best shot was an tie that would push the final decision to the House of Representatives.

At the McCord household, the whole family were rooting for Dalton and Elizabeth (Téa Leoni) except for Jason (Evan Roe). Instead he was rooting for rival Fred Reynolds much to the annoyance of his sisters.

At the campaign HQ at the White House, Jackson gave a speech to staff about winning the vote in Ohio. They needed that state to go their way to get enough votes for the tie.

Elizabeth and Henry (Tim Daly) went to cast their votes and spoke to press afterwards. Elizabeth was nervous that the result might not go their way and that the winner would undo her hard work. When the results came in, Ohio went their way. This meant that Dalton stood a good chance at the final House of Representatives vote.

Jason continued to cause problems for his family and attended a Fred Reynolds rally. While he was there he made a video which went viral on social media. Henry ordered him to take it down but some damage was already done.

Henry lectured him about making sure he understood the campaign before throwing his support behind it. Henry later took Jason to see the slums and tried to educate him some more.

Meanwhile, Walter Nowack returned with news of trouble. He had information of a meeting between Russian nuclear physicists. Elizabeth asked Jay (Sebastian Arcelus) to look into it.

He was able to get a list of people meeting with the Russians which included an Iranian arms dealer. Elizabeth recognised the name and knew it meant that Iran were doing a nuclear deal with Russia.

Later, the Navy stopped Russian and Iranian ships. A fight broke out with some of the Russians and they U.S. soldiers ended up killing two of their men. Elizabeth’s gut feeling was right as the ship was carrying nuclear material.

Jackson was furious that the situation was going to destroy their hard work and election chances. Elizabeth discovered that some Russians went rogue on setting up the deal. She was able to meet with the Russian UN representative and work together against Iran.

Elsewhere in the episode, Daisy (Patina Miller) split with Oliver so Nadine (Bebe Neuwirth) invited her and the team to the bar to watch the results come in. The pair both ended up having one-night stands and Nadine’s was with Mike B. (Kevin Rahm).

At the end of the episode, Elizabeth and Dalton watched a live feed of UN inspectors in Iran. The inspectors were refused entry to a warehouse suspected of housing nuclear weapons. The soldiers that stopped them entering broke their recording equipment and the team lost contact. Dalton ordered Elizabeth to call an emergency Security Council meeting.

The next episode is Snap Back. Elizabeth tries to stop a war from breaking out when Israel threatens military action against Iran for its suspected nuclear activity.