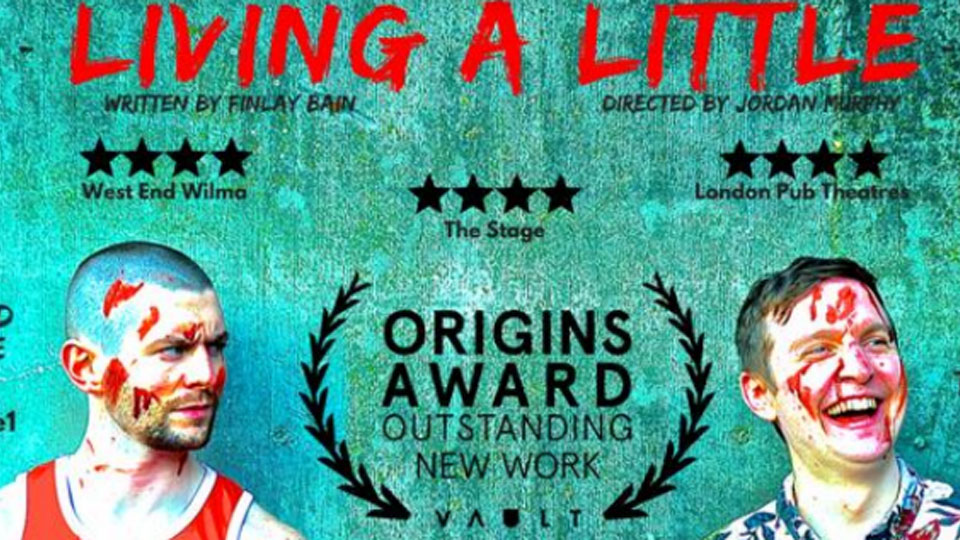 From May 6th – 14th 2017, the King’s Head Theatre is showing Living a Little by Finlay Bain. This absurd comedy drama, filled with booze and obscenities, garnered exceptional reviews and standing ovations across both VAULT and Edinburgh Fringe Festivals.

With not a zombie in sight, audiences are taken into a sanctuary of normality while the outside world rots. The play questions what it is to be alive; to be human, and what you would do if you thought today was your last. In a secure and stockpiled flat, complete with a TV, a sound system, video games, and enough alcohol to host a Scottish wedding, we meet best mates Rob, an ill-mannered, politically incorrect Scottish lad, and Paul, the gayest straight man ever. The arrival of battle hardened Penelope is the catalyst of the piece as she challenges their way of life whilst seeking the relative comfort and safety she needs, after living out in the wild of a zombie apocalypse.

Finlay Bain says: “I’m delighted with the response that Living a Little has received. It’s extremely rewarding to hear the laughs and gasps, and to see our work appreciated each night.”

Jordan Murphy, director, says: “Finlay has written a captivating script filled with wit, colourful characters and powerful meaning. Living a Little pushes the boundaries of friendship and love throughout its hilarious and touching dialogue, which creates an energetic storyline that really gives the audience something to sink their teeth into.”

In this article:King's Head Theatre, Living a Little