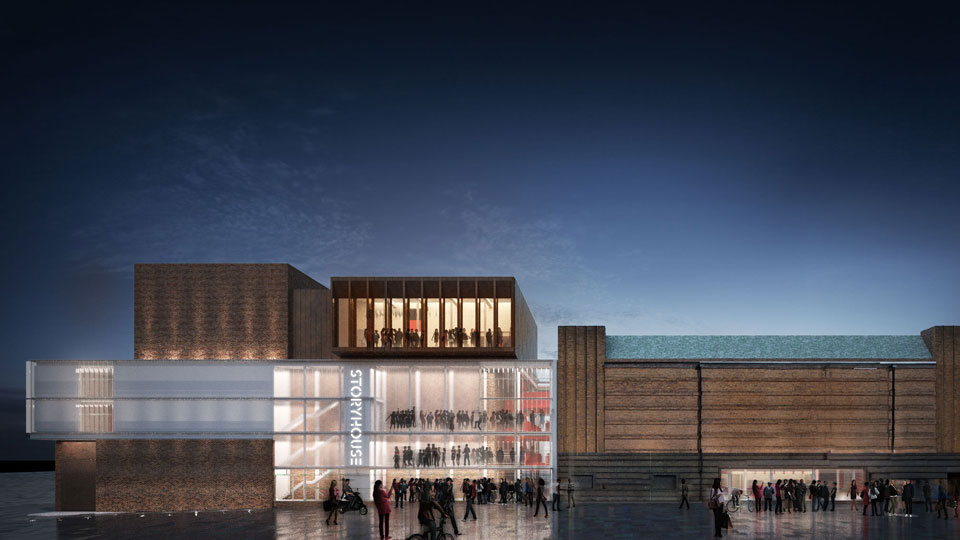 The programme this Autumn includes musicals, international drama, stand-up comedy, dance and opera. Storyhouse brings a permanent theatre back to Chester after a decade long absence.

West-End hit, Footloose, the musical based on the 1984 movie opens the autumn season in the three tier 800-seat auditorium from 5th – 9th September. Another musical – the legendary Blood Brothers starring Maureen Nolan – can be seen the following month from 9th – 14th October.

Dance lovers finally have a reason to travel to Chester as the acclaimed all male dance company BalletBoyz perform their new show on 30th October. The sound of Buenos Aires comes to Chester on 18 October with the hit show Tangomotion, featuring world-class tango dancers and live music from the acclaimed quartet Tango Siempre.

Comedians coming to Chester’s newest venue in the autumn will include Stewart Lee (BBC 2’s Comedy Vehicle) with his new show Content Provider and 8 of 10 Cats does Countdown regular Jon Richardson, on 3rd October and 19th September respectively.

More laughter will be on offer as the smash-hit musical Spamalot! inspired by the classic comedy film Monty Python and the Holy Grail, comes to Storyhouse from 31st October – 4th November, featuring comic delights including killer rabbits and a very expensive forest.

Brassed Off, the play that tells the story of the miners’ strike through the travails of a colliery brass band, is on stage in October and will feature a locally-based brass band alongside the company of professional actors.

Musical All or Nothing, which charts the story of the influential 60s mod group Small Faces, known best for hit songs Itchycoo Park and All or Nothing, will be performed in September and music from the 1860s comes to the fore with acclaimed company Opera della Luna presenting their latest show Tales of Offenbach.

Folk music star Kate Rusby is also coming to Storyhouse as part of a short tour celebrating her 25 years on stage. She appears on 20th October.

Artistic Director of Storyhouse, Alex Clifton said, “We are delighted with the range of our opening touring season. This is a programme that tells stories in so many guises: through dance, music, comedy and drama. We are thrilled to be welcoming some of the country’s leading producers and after so many years without a theatre, Chester is once again at the centre of great culture. To provide a home for these wonderful shows that all pack an emotional punch, and to open our doors to audiences of all ages and tastes is exactly the reason we’re here. See you soon at Storyhouse!”

Storyhouse opens its doors for the first-time on 11 May with the inaugural home-produced season includes a brand-new version of The Beggar’s Opera, Alice in Wonderland, and Shakespeare’s A Midsummer Night’s Dream and Julius Caesar. All four productions will be performed in rep by a company of 26 actors -the largest rep company in the UK outside of the RSC and National Theatre.

Tickets for the touring season are on sale now – visit www.storyhouse.com.