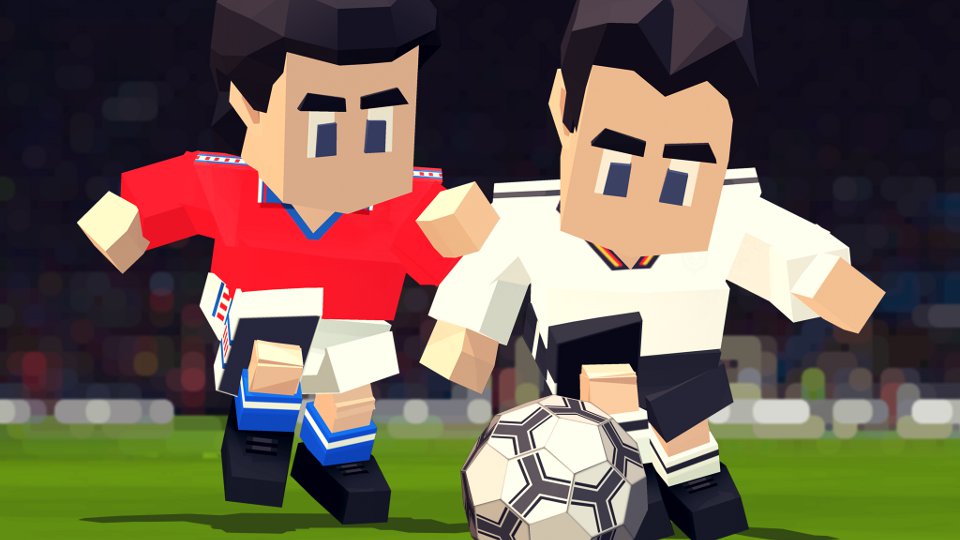 Retro Soccer is a free-to-play arcade football game developed by EightPixelsSquare. They previously released RAID HQ, Cartel Kings and All Guns Blazing. The game is available exclusively for iPad and iPhone.

The first computer game I ever played was International Soccer on the Commodore 64 in the early 80’s. Football games really have come a long way in the last 30 years and the most recent console releases look almost as good as the real thing.

Despite these advances my favourite football game is still 1994’s Sensible World of Soccer on the Commodore Amiga. Although it looks fairly crude by today’s standards it’s an absolute classic and for me perfectly captures the sport.

Retro Soccer, as you probably guessed from the name, aims to deliver a modern version of the classic football game. At a glance it looks similar to games such as Sensible Soccer so it’s sure to appeal to older gamers who remember these titles.

Watch the Retro Soccer trailer below:

When you fire up the game you’re treated to a splash screen complete with 8-bit style loading bars around the borders. There’s also suitably retro sounding music with cheering crowds in the background to get you in the football mood.

Retro Soccer is played using the touch screen and once you’ve learnt how to play it’s very intuitive. When attacking a simple tap will make your player dribble to that location. Tapping a teammate will pass the ball to them while tapping an holding in space will execute a through ball. Shots on goal are performed with a quick flick and you can even add after touch by holding the left or right sides of the screen.

When defending you can tap your opponents player with the ball to run up to them and perform a tackle. Swiping at the player with the ball will cause your players to attempt a sliding tackle. These are much more dangerous and if you use them too much or at the wrong time then the edges of the screen will glow. Going for a sliding tackle while the edges glow is likely to get your player booked.

As the action is rather fast it can be hard to keeping the game flowing smoothly. You need to be constantly giving input to keep the action moving but it gets easier with practice. If you hestitate then the action slows down and you’re players will stand still. Doing so also makes it a lot easier for the opposing team to gain possession.

Scoring goals is addictive and each time you’re treated to a celebration by your players. There are also replays when you score and these can be shared if you wish. Another neat feature is the built-in ability to broadcast your gameplay to a service such as Periscope as you play.

Retro Soccer has a Quick Match mode where you play a single match against a team of your choice. Also unlocked when you first get the game is a Victory Road mode. This gives a Candy Crush Saga style map with hundreds of challenges to overcome. Each of these has set objectives to complete in order to progress and earn stars. Stars can be used to unlock two extra modes – World Trophy and World League.

Being a free-to-play title brings a familiar setup with an in-game currency of coins that you earn as you play. Extra coins can be obtained by watching video adverts or bought in packs via optional microtransactions. There’s also a coin doubler that you can buy for £2.99 which gives you twice the coins as usual during play. Paying for any of the microtransactions also disables the video ads.

Coins are used to buy in-game player card packs. These reward you with new players for your squad and have a chance of granting you rare players with better stats. A free pack is also available every three hours.

Players obtained from card packs can then be added into your squad to improve your team performance. It’s a bit like a simplified retro version of FIFA’s Ultimate Team and it brings a lot to the game.

Overall Retro Soccer is a cracking arcade football title that you’ll keep coming back to. It’s a perfect way to kill a few minutes and a lot of fun too.

You can download Retro Soccer for free via the App Store.