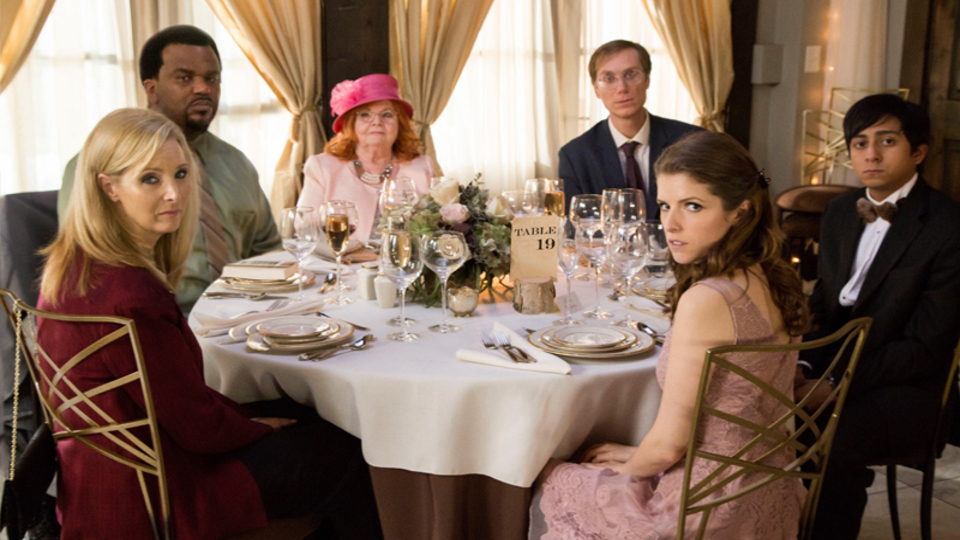 A brand new clip and featurette has been released from Anna Kendrick’s new comedy Table 19.

Table 19 sees ex-maid of honour Eloise (Anna Kendrick) decide to hold her head high and attend the wedding of her oldest friend – even though she was unceremoniously dumped by the best man via text. Finding herself seated at the ‘random’ table 19 it’s soon revealed that she’s not the only one hiding secrets.

Ex-maid of honor Eloise (Anna Kendrick) – having been relieved of her duties after being unceremoniously dumped by the best man via text – decides to hold her head up high and attend her oldest friend’s wedding anyway. She finds herself seated at the ‘random’ table in the back of the ballroom with a disparate group of strangers, most of whom should have known to just send regrets (but not before sending something nice off the registry).

As everyone’s secrets are revealed, Eloise learns a thing or two from the denizens of Table 19.  Friendships – and even a little romance – can happen under the most unlikely circumstances.

Check out the trailer and featurette below;