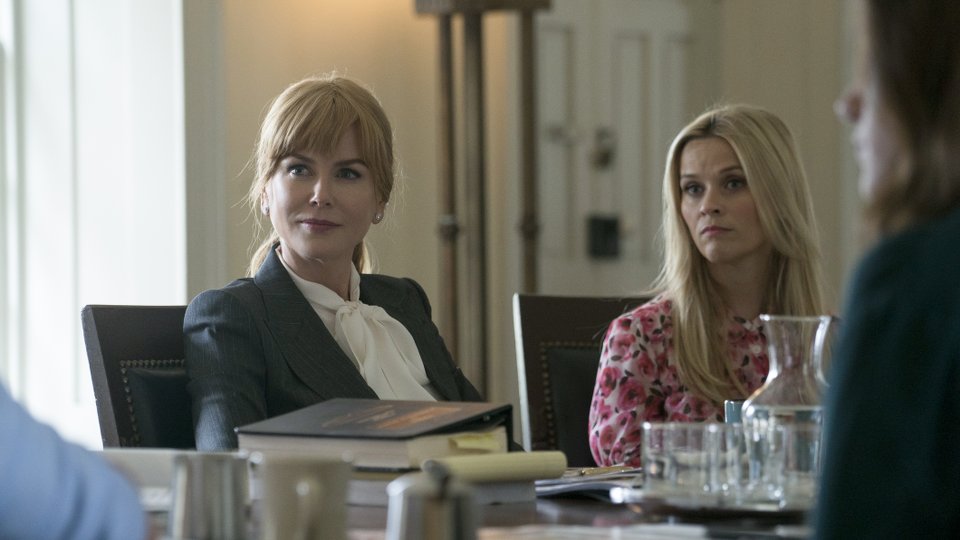 Madeline (Reese Witherspoon) followed through on her promise to ruin Amabella’s (Ivy George) party on the latest episode of Big Little Lies.

Taking a stand after Amabella’s mother Renata (Laura Dern) didn’t invite Jane’s (Shailene Woodley) son Ziggy (Iain Armitage) to the party, Madeline organised a trip for some of the mums and their children to go to Disney on Ice. That resulted in Amabella’s party not being attended by her closest friends, causing Renata to fume.

Meanwhile Jane confided in Madeline about Ziggy’s father, explaining that she was raped during a drunken fling. The confession occurred when Madeline witnessed Ziggy acting out after Jane refused to tell him any details about his father while they worked on a family tree project for his school assignment.

Elsewhere in the episode Celeste (Nicole Kidman) threatened to leave Perry (Alexander Skarsgard) after he laid his hands on her again. The couple attended therapy and they opened up about the extent of their issues but Celeste was shocked when Perry admitted that he believed Celeste didn’t love him any more and that he might lose her.

Also Madeline had to deal with an unexpected blow when Abby (Kathryn Newton) decided to move out and live with her father.

The next episode of the season is Push Comes to Shove. Nathan invites Madeline and Ed for couples’ dinner, to discuss Abigail; Ms Barnes suggests Ziggy be medically evaluated, in light of further evidence of bullying.

Tune in to Sky Atlantic HD at 9pm to see the episode. Preview it with our gallery and the promo below: