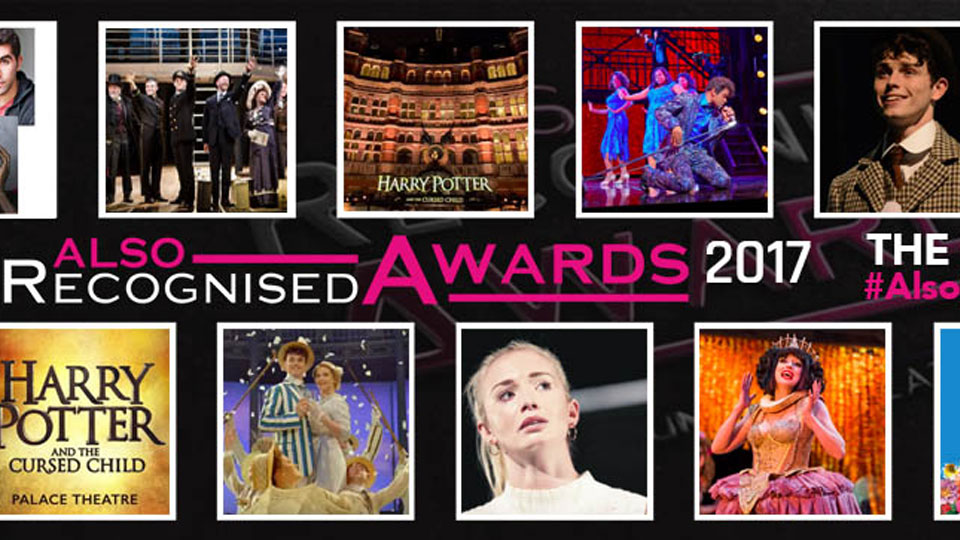 Several shows in the running for this year’s Olivier Awards, announced next Sunday 9th April, are also recognised this week in the third-annual Also Recognised Awards – in some notably different categories. The full list of winners is announced today in this audience-voted, industry accolade set up by theatre commentators Mark Shenton and Terri Paddock to celebrate lesser-known but equally worthy talent in fields overlooked by other awards bodies.

Harry Potter and the Cursed Child, nominated for a record-breaking eleven Oliviers including Best New Play, wins in two further fields in the Also Recognised Awards: Theatre Event of the Year and, for its online activity, Best Twitter Engagement.

Another two-time Also Recognised winner is the musical revival Half a Sixpence, which wins both Best Show Trailer and London Newcomer of the Year for Charlie Stemp, who is Olivier nominated for Best Actor in a Musical.

Five-time Olivier nominee Dreamgirls wins the Also Recognised award for Best Musical Direction for Nick Finlow for his work on the show. At their inauguration in 2015, the Also Recognised became the first UK awards to include Best Musical Direction, launched with the backing of industry lobbyists, director Andrew Keates and musical director Mike Dixon.

Advertisement. Scroll to continue reading.
In this article:Also Recognised Awards 2017