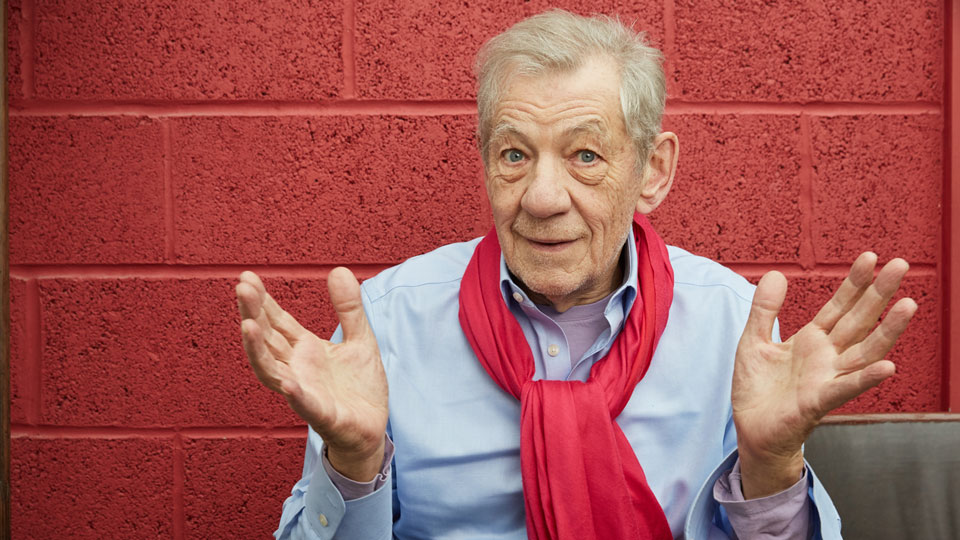 International star of stage and screen Sir Ian McKellen is to perform an exclusive one man show at Park Theatre for nine performances only, from 3rd – 9th July 2017, directed by Park Theatre’s Artistic Director Jez Bond. Guiding audiences through some of the most exciting pages and stages of the last fifty years, Shakespeare, Tolkien, Others & You will offer a rare chance to see the multi-award winning and twice Oscar nominated actor perform in the intimate surroundings of Park Theatre. The production will be accompanied by a never before seen exhibition of iconic posters, paintings and photographs from Sir Ian’s plays and films, with a number of pieces for sale.

Sir Ian, one of Park Theatre’s key Ambassadors and champions from its inception, is performing Shakespeare, Tolkien, Others & You in order to raise funds for its work.

Over nine special performances from one of the world’s finest actors, Sir Ian will reprise some of his renowned performances, from Gandalf to Macbeth. Audiences will have opportunities to ask questions and participate in the performance, as well as hearing Sir Ian discuss his work with other notable actors and directors. An intimate and unforgettable evening with one of the world’s finest actors.

Sir Ian McKellen said: “I’m performing at Park Theatre to help raise funds for the charity. In a short time the theatre has established itself on both the theatrical and local maps. But with no public subsidy for core costs they need to bring in donations of around £250,000 every year just to keep the doors open. The monies raised from the higher ticket prices for this production will support their core ambition of producing accessible theatre throughout the coming years and furthering their work with the local community. A number of £10 seats will also be available on the day. I do hope you’ll support this wonderful cause.”

Artistic Director Jez Bond said: “As one of our country’s leading actors, I can’t imagine there is anyone better placed to understand both the power and importance of smaller scale theatres and the challenges they face. Ian has been a staunch supporter since the building was a hard-hat site – and I continue to be grateful for and humbled by his incredible generosity. He has donated his time to help raise vital funds by performing this show – and I am honoured to be working with him to bring it to the stage.”

In this article:Ian McKellen, Park Theatre