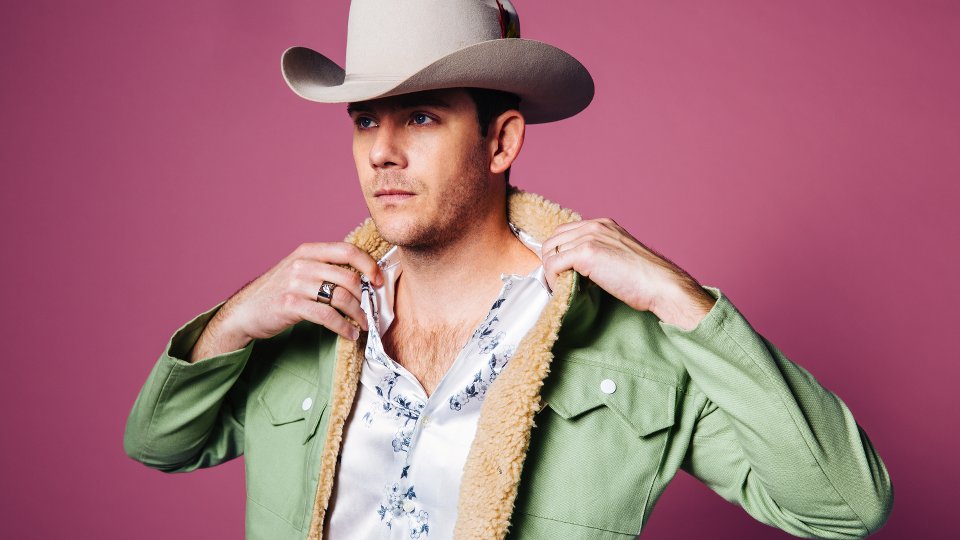 Sam Outlaw is gearing up to release his new album Tenderheart in April, the follow-up to his critically acclaimed and award-winning debut album Angeleno. Following his recent win for International Album of the Year at the UK Americana Awards, Sam returned to the UK to perform a headline show at Oslo Hackney in London last night. It was the first opportunity for fans to hear material from Tenderheart live and see Sam perform favourites from Angeleno.

Appearing on stage at 9pm in his ‘best Wranglers’ and a fetching Hawaiian shirt, Sam and his band launched into Who Do You Think You Are. The opening track from Angeleno, the song was the perfect way to ease the audience into the set and its tropical flavours certainly suited the unusual UK heat. Sam followed that up with Diamond Ring and Trouble, two tracks from Tenderheart, showcasing the variety that fans can expect when the full album arrives next month.

Sam interacted with the audience between every song. Whether it was telling the story behind the song he was about to perform, making sarcastic (and very funny) comments or joking with harmony vocalist and guitarist Molly Jenson, Sam was very entertaining. He had the audience in stitches throughout his set with his self-deprecating humour and his candid observational comments. Before performing Jesus Take the Wheel (and Drive Me to a Bar), Sam joked about English people being ‘more enlightened’ than people in the US because we didn’t prescribe to religion.

One of the highlights of the night came early on when Sam performed Ghost Town. It’s one of the finest songs he’s released to date and it sounded magnificent live. Elsewhere in the set Sam performed Tenderheart’s emotive title track, put his tongue firmly in his cheek for the fantastic She’s Play Hard To Get (Rid Of) and rocked the room with the uptempo Keep It Interesting.

In the middle of the set Sam performed two songs – Look At You Now and Country Love Song – accompanied only by Molly. The two are used to touring together without the backing of a band and their chemistry shined. They poked fun at each other throughout the night and their harmonies are seriously tight.

Following a rapturous applause from the crowd, Sam and his band played a two-song encore. First up was a cover of Dwight Yoakam’s Guitars, Cadillacs, which was superb, and then Sam closed out the night with Vince Gill’s One More Last Chance. Sam had joked earlier in the night that he had two dozen songs left to perform, and to be honest I’m not sure anyone in the audience would have minded if that had been the case. The audience was buzzing and you could feel they wanted more as the night came to a close.

Sam was truly fantastic last night. He combines great songs with plenty of stage presence and charisma. With the backing of a stellar band, Sam gave a performance that left a lasting impression and it’s no surprise he has a lot of buzz around him ahead of the release of Tenderheart. Harking back to traditional Country, Sam is operating in a league of his own and I’d happily listen to his brand of SoCal Country on loop. He’s a seriously great talent and one that deserves to find an even larger audience when Tenderheart is released.