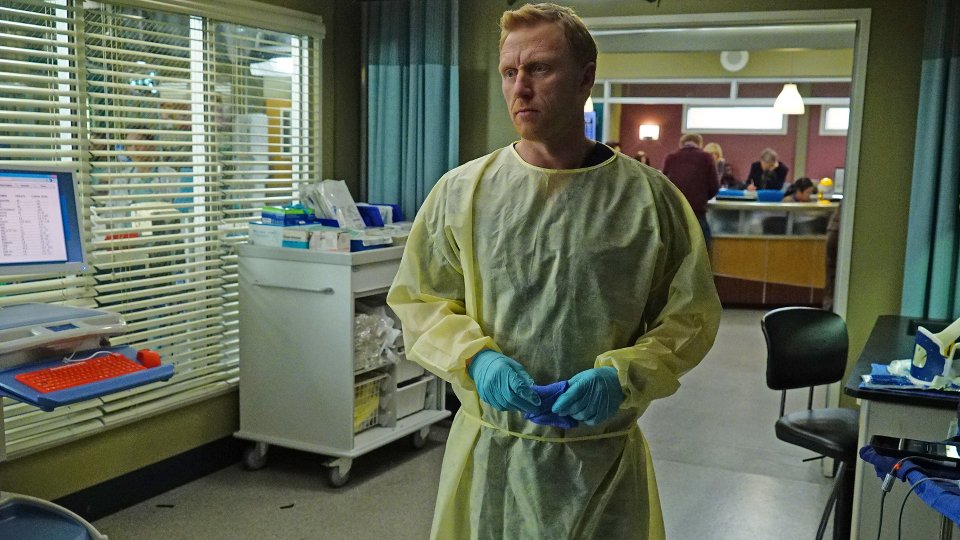 April (Sarah Drew) and Jackson (Jesse Williams) worked through some of their issues on the latest episode of Grey’s Anatomy.

The former couple traveled to Montana to perform a throat transplant surgery on a girl. Initially Jackson was furious with his mother Catherine (Debbie Allen) when she swapped Meredith (Ellen Pompeo) for April without telling him.

Arriving at the hospital, the doctors realised they hadn’t been given the full story and in order to do the surgery, they needed to convince a grieving father to donate his child’s tissue. Jackson used his own experience with fatherhood to get the man to agree but soon discovered the donor’s tissue couldn’t be used due to a lesion.

That left Jackson and April with one option – a laryngectomy – which the girl’s parents didn’t want to do. The doctors spent time working through the options and carried out a surgery that had never been performed before, which resulted in the girl making a full recovery and regaining the ability to speak.

Elsewhere it was revealed that Jackson took the case to confront his own father Robert (Eric Roberts) who owned a bar in Montana. After revealing who he was to Robert, Jackson realised his father never missed him and walked away from he and his mother as he didn’t want the pressure that came with the Avery name.

Also Jackson and April reconnected and spent the night together. Looks like there’s hope for Japril yet!

The next episode of the season is ‘Till I Hear It From You. Diane Pierce returns to Grey Sloan while Owen and Amelia collaborate on a trauma case.