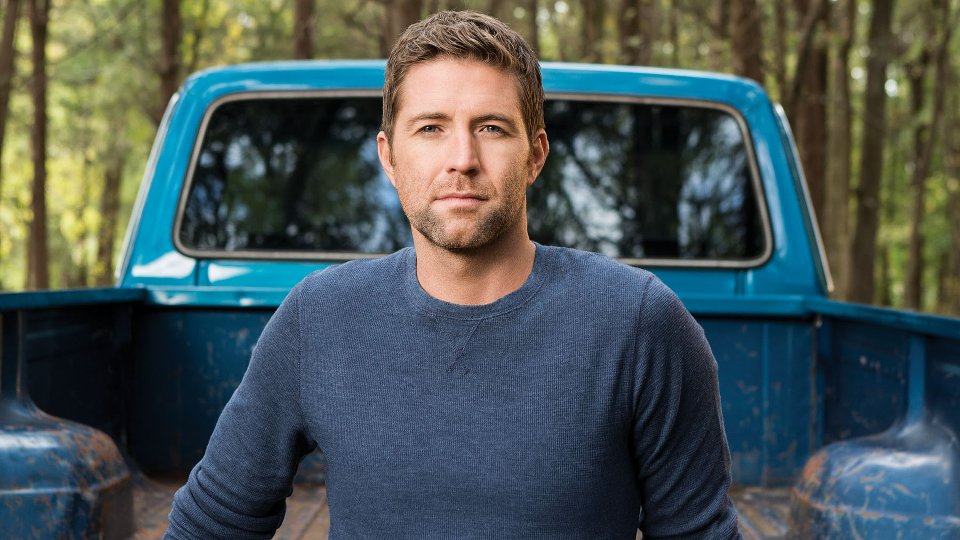 It’s been a long wait for new material from Josh Turner but the Country star recently released his sixth studio album Deep South.

Five years in the making, Deep South is the follow-up to 2012’s critically acclaimed Punching Bag and it features the hit singles Lay Low and Hometown Girl. Deep South has topped the US Country Album Chart in the US and Hometown Girl has scored Josh another Top 10 hit to add to his tally.

I caught up with Josh to talk about Deep South, discuss the stories behind some of the songs on the record, and to find out when he’ll be bringing his live show over to the UK.

First of all congratulations on Deep South going to number one. How do you feel about that?

Oh it feels great! It’s a relief to have it out. It’s been five years in the making and there were a lot of tough, challenging moments during those five years, leading up to this day. There were a lot of moments where I was kind of scratching my head wondering if this album was even going to come out, so to have it out and know that the fans were right there with me all along, and went out and bought the record, makes me feel really good.

You mentioned just now that it was five years from Punching Bag to the release of Deep South. What was the reason for that gap?

It was a variety of reasons. My label did go through a merger, so there was a lot of changes going on there. I was really trying to figure out where I was creatively and I wrote around 80 songs in preparation for this record. I listened to countless outside songs. I changed producers at one point because I really want to make an intentional concerted effort towards trying to present my music in a new, fresh, different kind of way. I knew that without the production aspect happening, I would never be able to do that. I felt like it was a big decision, and it was a hard decision but it was an important one. I feel at this point having a Top 10 hit and having the record debut at number one, I feel like I did something right.

Hometown Girl, which is your latest Top 10 hit, is a little bit different than we’re used to from you. What’s the story behind you recording that song?

When I first heard it I knew it had the makings of a hit. It had a melody that just literally stuck in your head. I didn’t even know the words yet but I was humming that melody over and over again. When I really dug into what that song was actually saying, I fell in love with it even more because I loved what it said and I felt like it was a song that my female fans could really relate to. As far as the guys out there, I feel like that’s the kind of girl that they’re looking or have already. I felt like it was a universal message and it was presented in a cool different way.

One of my favourite songs on the record is the closing track Hawaiian Girl. I love that it’s completely different from the rest of the album. It’s a song you wrote on your own. Tell me a bit more about that.

Yeah I wrote Hawaiian Girl by myself several years ago when my wife and I were in Hawaii celebrating our tenth anniversary. I had bought a brand new ukulele. Just being in that setting and playing that new instrument, and just having time to think and let my hair down was a big part of it. I had this idea and I hung by one day in my hotel room and just looking at the beach I started writing this song and it just fell out. It felt awesome and incorporated some of the native Hawaiian tongue in there.

I never really thought that it would end up on the record but it did. When I was over there in Hawaii I fell in love with this group called Ho’okena; they have incredible harmonies and they sang in the native Hawaiian tongue and they have a great sound. I didn’t know if they would do it but I wanted to ask if they would be willing to sing on the song. We reached out to them and they were more than happy to do it. They put their own stamp on it and just really took the song to a whole other level. It’s one of my favourites too.

When you started writing and recording Deep South, did you have a specific concept in mind?

It was actually the exact opposite. I had zero idea of what I wanted to say when I first started working towards this record. It was frustrating because I had never really been in that place before. I would sit down with these ideas that I thought were great and then I wrote the song and it would be far from great. I was kind of frustrated as a writer but I didn’t give up. I kept working at it, kept chipping away and listening to different outside songs inspired me to write with other guys. It helped me break out of that rut. It was just a process that I had to go through and work through and so luckily I was able to get out of that rut and continue to figure out what this record was all about. It changed shape you countless times over the last five years. I’m proud of what we have now and what fans have in their hands. I’m very proud of it and glad they’re excited about it.

Why did you decide to go with Deep South as the name of the album?

Deep South is a song that I wrote by myself. I was literally sitting down one day and I just wanted to have fun with that idea. I wanted to write something fun, upbeat and energetic, and I wasn’t really thinking the record when I wrote it. I just wanted to sit back and write a song that painted a picture of all the things that I experienced growing up in the Deep South, so that’s what I did. It ended up on the record and it turned out to be as fun as I expected. As the song started being recorded and everything, I just felt like what Deep South said really encapsulated not only who I am as an artist but as a person. It was just the most appropriate song for the album to be titled after.

You’re going to be on the road for a lot of 2017. What can your fans expect from your live shows?

We’re actually in the thick of changing up my setlist and redoing the show. When they come to the show they’re going to be able to hear all of the hits that they know and love and have come to expect from a Josh Turner show. They’re also going to get a good preview of what’s on the new record. We’re making efforts towards making the transition between songs a little more energetic and exciting. It’s going to be fun!

Do you think you might come to the UK and do some shows at some point?

That’s on my bucket list. I definitely want to get over there and do that. I haven’t forgotten about. For whatever reason it just hasn’t worked out yet. Hopefully it will happen sooner than later.

We’ve just had C2C: Country to Country, which happens every March. At this year’s festival there was quite a lot of people saying they want to see you on the lineup next year. Would you be interested in participating in that?

Yeah you know we’ll definitely look into that. There’s quite a few possibilities and I do want to get over there in some kind of capacity.

This year marks your 10th anniversary of being a member of the Grand Old Opry. You were invited to join early in your career. How important has that been to you and your career?

The Opry is a very important institution in our genre. It’s hard to believe that 10 years has gone by since they invited me to be a member. It was somewhat of a shock when they inducted me as a member. I felt like it was somewhat too soon but apparently I saw how much I love country music and how determined I was about having a successful career. It’s been an honour and a pleasure to be a part of that family, and that’s exactly what they’ve been like to me. Time flies too fast! (laughs)

You’ve been in the industry for over 14 years now. Does it feel like it was just yesterday you released your debut album?

Oh yeah! It flies by. It seems that busier you are, the faster time goes by. When I released Deep South it felt like the first record all over again. Every time I put out a record it just feels like the first time and you have all that excitement and all the promotion going into it. It’s quite the ride.

What do you want your fans to take away from Deep South once they’ve listened to it?

I want them to hear my growth as an artist and as person, I want them to hear that maturity in the songs. There’s a big variety of songs on this record. There’s some older stuff from the five year process and then there’s some really new fresh stuff. There’s some other stuff that was from the old batch that we went back in and modified and tweaked, and changed up to really suit this record because we we believed in the songs so much. There’s been a lot a lot of stuff to work through and the fact that it all came together in such a beautiful way, I’m very proud of that. When the fans hear it I want them to hear that I was dedicated and committed to this record; sink or swim. I’m glad it’s out there and I hope they hear that growth in the material.