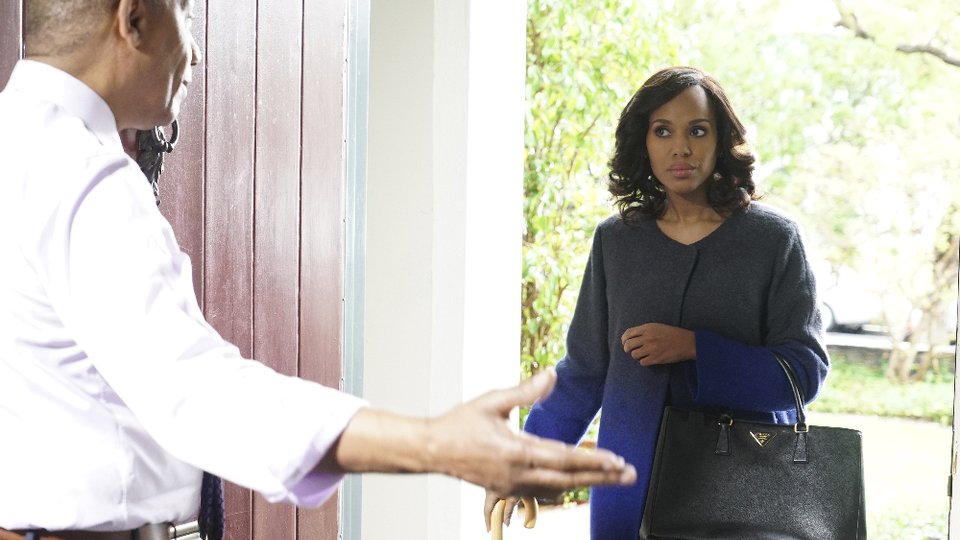 Jake (Scott Foley) was the focus of the latest episode of Scandal as he became the prime suspect in Frankie’s (Ricardo Chavira) murder.

Flashbacks revealed the eroding marriage of Jake and Vanessa (Jessalyn Gilsig). As Jakes struggled with feeling like Olivia’s (Kerry Washington) puppet, Vanessa turned to drink when she became convinced that Jake was having an affair with Olivia.

As the inauguration neared, Vanessa got into a car accident after driving drunk and hooking up with a random man. Olivia enlisted the help of Mellie (Bellamy Young) to get Vanessa on side so she would do a televised interview alongside Jake with Sally Langston (Kate Burton).

As Olivia investigated Jake, she discovered that there was a trail connecting her to Frankie’s murder. Jake admitted that Rowan (Joe Morton) had instructed him to kill Frankie and Jennifer (Chelsea Kurtz).

Olivia was forced to accompany Jake to a cabin in the woods where it was revealed that Jennifer was alive and well.

Elsewhere a mystery woman was running a secret operation to ensure that Mellie became President.

The next episode of the season is Extinction. Rowan is caught by surprise when someone from his past resurfaces, and Olivia has to make a life-changing decision about the campaign.