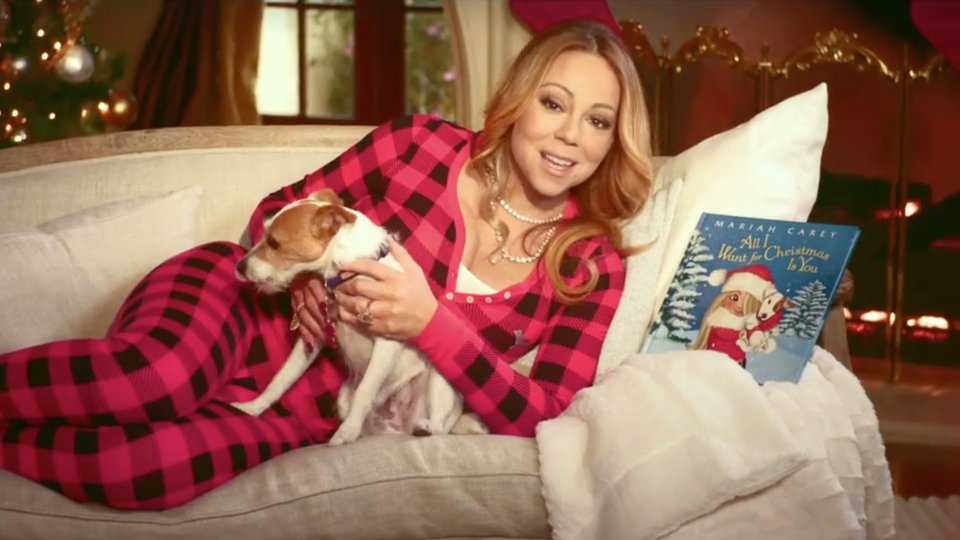 The teaser trailer for Mariah Carey’s new animated movie All I Want For Christmas Is You has debuted on Facebook today.

The film, released by Universal, is slated to arrive during on DVD during the Holiday Season this year. Details on the project are being kept tightly under wraps but it will be based on her 2015 book All I Want For Christmas Is You, which was inspired by Mariah’s huge hit of the same name.

When young Mariah (voiced by Breanna Yde) sees a darling little puppy named Princess at the pet store, she suddenly knows exactly what she wants for Christmas. But before her Christmas wish can come true, she must prove that she can pet-sit Jack, a scraggly rascal of a dog; in fact, the worst dog in the county! Naughty Jack turns Mariah and her family’s Christmas preparations upside down in hilarious ways. Will Jack dash Mariah’s hopes for her dream puppy? Or will Christmas reveal how love works in surprising and mysterious ways?

“Like the song itself, Mariah Carey’s All I Want for Christmas is You is destined to become an enduring family holiday classic,” said Glenn Ross, general manager and executive vice president, Universal 1440 Entertainment. “It is packed with family fun, holiday spirit, poignant moments – and of course, Mariah Carey!”

All I Want for Christmas is You is executive produced by Mariah Carey and Stella Bulochnikov for Magic Carpet Productions (A Christmas Melody) in partnership with producer Mike Young and Splash Entertainment (Kulipari). It is directed by Guy Vasilovich (Lego Star Wars) from a script by Temple Mathews (Return To Neverland).

Watch the teaser trailer for All I Want For Christmas Is You below:

Advertisement. Scroll to continue reading.
In this article:All I Want For Christmas Is You, Mariah Carey