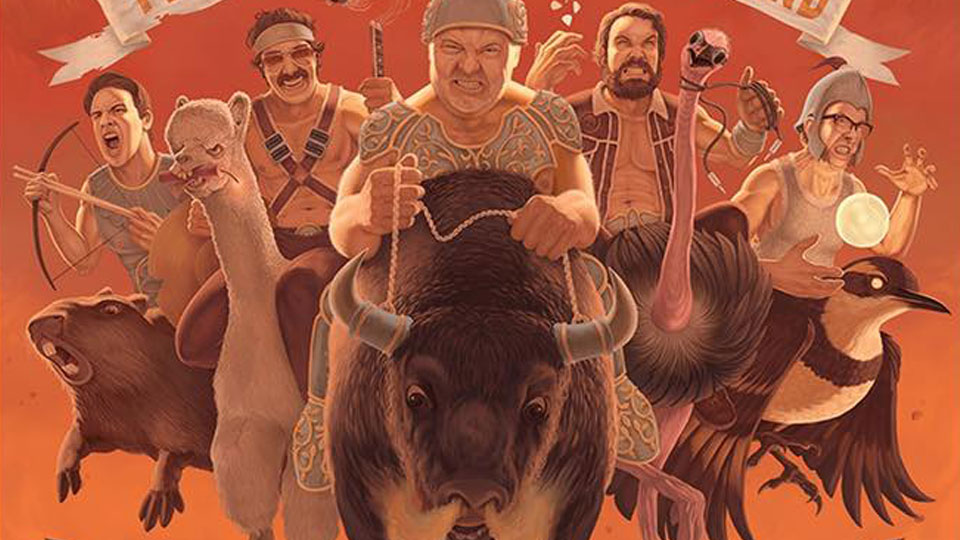 The Kyle Gass Band continues touring Europe in 2017, heavily armed with a bunch of songs from their album ‘Thundering Herd’. The supergroup from Los Angeles earned their stripes playing more than 100 shows on the continent in the past years alone and go big this time, with more animals, broader mutton chops and fronting Mr. Kyle Gass (Tenacious D) himself. Voice phenomenon Mike Bray and guitar virtuoso John Konesky are aboard as well as Jason Keene, probably the best photographer ever to play bass guitar, not to forget the talented Tim Spier, Drummer, Michael Jackson doppelganger and eye candy in one.

The current Kyle Gass Band album titled ‘Thundering Herd’, an 11 track beast, was produced by the band in collaboration with John Spiker (Filter).

Responsible for mastering was Maor Applebaum (Faith No More, Sepultura, Halford), who had a clear vision for the sound of the album: ‘I went for an organic sound that is not slammed or pushed too hard and has a cohesive and Vinyl Style sound to make it feel as a continuous flow of the album.’

They will be supported by popular Leeds-based group Red Light Revival.