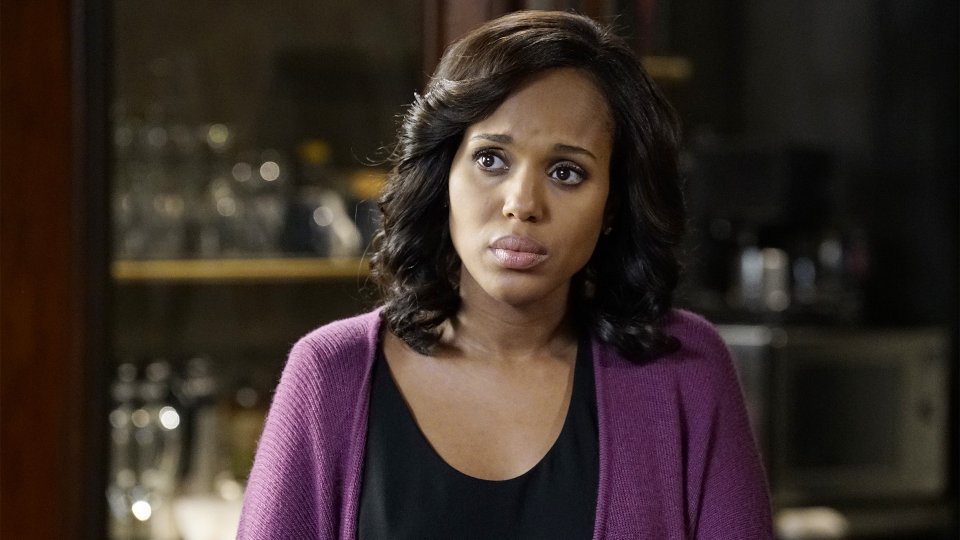 Cyrus (Jeff Perry) started his stint in prison on the latest episode of Scandal.

Just because he was behind bars, Cyrus didn’t let that stop him manipulating the people around him. He managed to convince a guard to give him a pen and paper so he could write a love letter to Tom (Brian Letscher) in the hope of getting him to retract his confession. Liz (Portia de Rossi) agreed to give it to him but instead gave it to Cyrus’ husband Matthew (Matthew Del Negro) creating an angry confrontation in prison.

Following a beating and a fantasy dream sequence where Cyrus was still President, Cyrus decided to exact revenge on Tom with the help of another cellmate. With murder on the mind, courtesy of a belt, the plan didn’t come off and Tom survived.

Elsewhere in the episode it was revealed that Tom didn’t kill Frankie (Ricardo Chavira) and it looks like Cyrus didn’t have anything to do with it either. Also Huck (Guillermo Diaz) found a new love interest.

The next episode of the season is They All Bow Down. Jake and Vanessa’s messy relationship poses a threat to the campaign, forcing Olivia to take action.