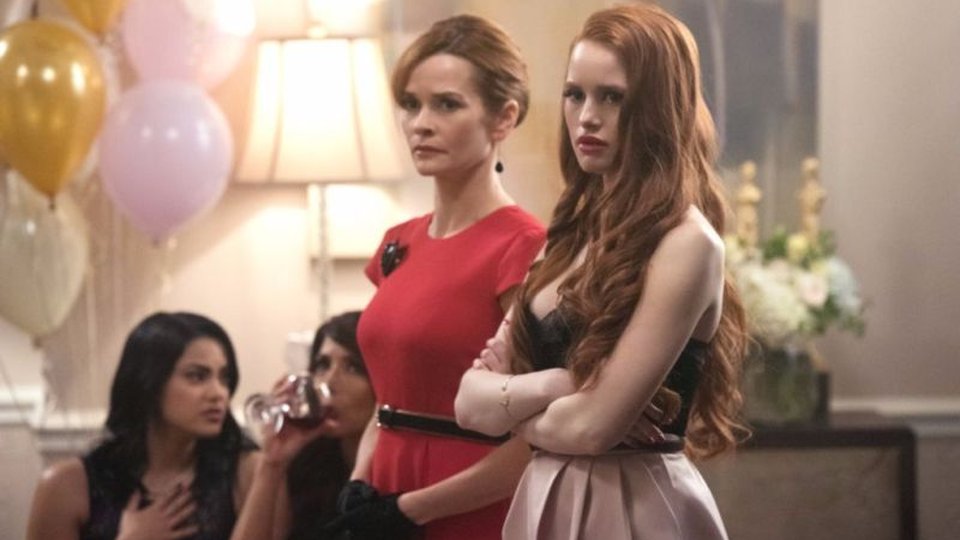 Polly (Tiera Skovbye) returned to Riverdale this week but no one knew where she was hiding out.

The town organised a search party to find her and tensions worsened between the Blossoms and the Coopers. Betty (Lili Reinhart) found Polly hiding in the attic of the Coopers’ house and her sister begged her not to tell anyone.

Cheryl (Madelaine Petsch) offered to help Betty take care of Polly and arranged a meeting with her parents and Betty. The Blossoms offered to help Polly financially and support her emotionally so Betty organised a meeting with Polly and the Blossoms to further discuss things. Before the meeting Cheryl warned Betty that her parents had bad intentions towards Polly so the Lodges agreed to take Polly in instead.

Elsewhere in the episode F.P. (Skeet Ulrich) was offered a job by Fred (Luke Perry) and the complicated history between the two was unravelled. They had founded Andrews Construction together but Fred kicked F.P. out of the business due to his behaviour and stealing from the company.

Jughead (Cole Sprouse) was taken into custody as a suspect in Jason’s (Trevor Stines) murder and Fred gave him an alibi to get him released. Jason’s jacket was revealed to be in F.P.’s trailer.

Also Veronica (Camila Mendes) hit back at her mother Hermione (Marisol Nichols) and went on a night out with friends. Hermione cut off Veronica’s money and the two decided to bury the hatchet with Hermione agreeing to come clean to her husband about her relationship with Fred.

The next episode of the season is Chapter Eight: The Outsiders. Archie and his friends pitch in to help Fred, but when one of them is attacked, they come up with a plan that lands them in Southside Serpent territory.