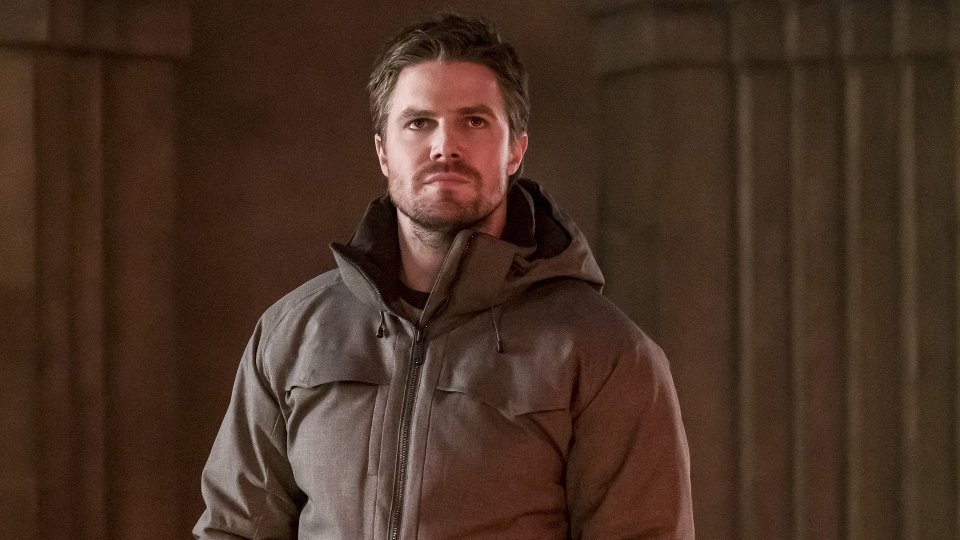 Oliver (Stephen Amell) had to throw Green Arrow under the bus to get out of his latest mess on Arrow.

As the impeachment process began following the media finding out that Oliver lied about the death of Malone (Tyler Ritter), Adrian (Josh Segarra) was hired as his attorney. Vigilante also resurfaced, targeting Oliver but was stopped by Prometheus who was revealed to be Adrian!

Curtis (Echo Kellum) managed to track Vigilante down using a piece of his suit, which was stolen by Dinah (Juliana Harkavy), and Team Arrow prevented him from killing Oliver during a press conference. In order to save himself from being impeached, Oliver told the media that Green Arrow was now a cop killer and lied that he’d covered it up to stop the people from losing hope.

Oliver’s plan work and he kept his job as Mayor.

Elsewhere Felicity (Emily Bett Rickards) decided to join Helix, Oliver made amends with Susan (Carly Pope) by getting her job back, Thea (Willa Holland) resigned from Oliver’s team after struggling with her morals, Curtis was given divorce papers by his husband, and Adrian aggressively approached Susan to give her an exclusive.

The next episode of the season is Checkmate. Oliver gets closer to the truth about Prometheus; Helix refuses to continue helping Felicity until she does a favour for them.

Tune in to Sky 1 HD at 9pm on Thursday 23rd March 2017 to see the episode. Preview it with our gallery below: