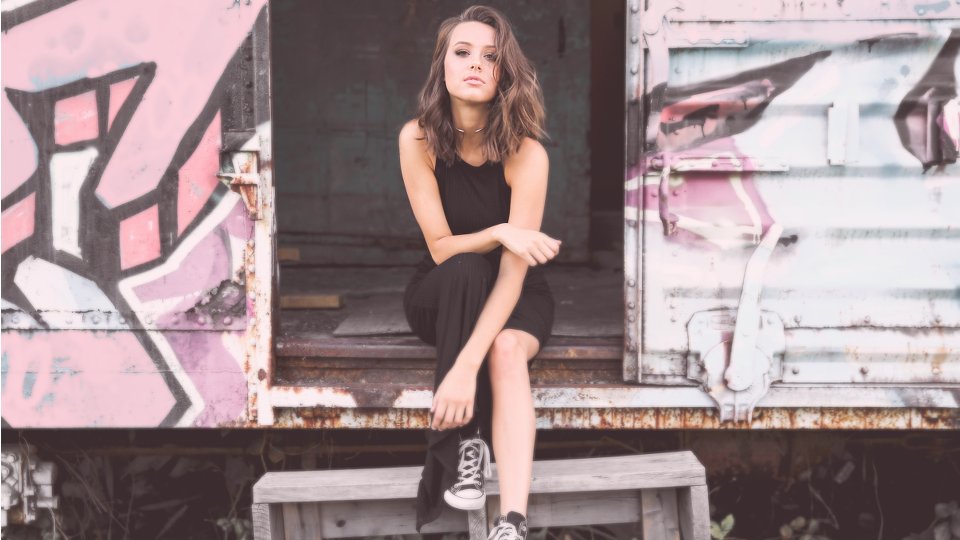 Rising star Bailey Bryan is one of a wave of new female artists making an impression on Country radio and impacting the charts. She’s destined for big things and tonight was her biggest UK performance to date.

Bailey took to the stage shortly after Dan + Shay finished their set to perform three songs on the Yamaha Music Stage. She opened her set with A Long Drive Home, and her voice sounded crystal clear against the acoustic arrangement. At times she brought to mind Lennon Stella, from TV’s Nashville, but she had a little bit more grit to her tone.

Second song Used To was the best of the three and it showcased just how strong Bailey’s voice is. She held her own in the vast space of The O2 Arena and she sounded really impressive. Acoustic performances always show up everything for artists but Bailey had nothing to worry about.

The final song was Bailey’s debut single Own It. Compared to the other two songs it sounded a little juvenile in terms of the lyrics. Clearly Bailey is aimed at younger girls, and perhaps for that audience the song will resonate, but I much preferred the two songs she performed prior to that one.

Bailey is destined for big things, that’s pretty clear. With the right material she could follow in the footsteps of Maren Morris. She has the voice, now she just needs to back it up with consistently strong material and I have a feeling she’ll get there when it comes to releasing her debut album.

In this article:Bailey Bryan, C2C