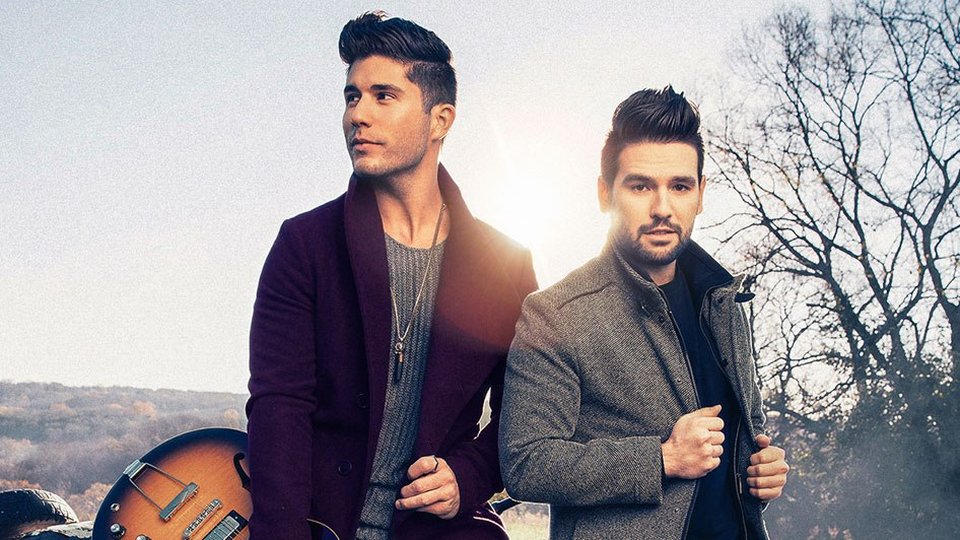 Dan + Shay have performed their own headline tour in the UK prior to their C2C: Country to Country performance, but tonight’s audience is the largest they’ve had on this side of the pond.

The duo kicked off their set with All Nighter, getting things off to an uptempo start as they opened the Main Stage for Day 2 of C2C. They certainly energised the crowd with a set that focus on beats, tight harmonies and some seriously impressive singing from Shay.

The set list for the performance was a selection of songs from the band’s two albums and they certainly didn’t disappoint. Hits Nothin’ Like You and How Not To were highlights, getting big reactions from the crowd. Recent single From the Ground Up, one of the more emotional moments of the set, was stirring as the audience held their mobile phones up and swayed in time to the music.

A cover of Bon Jovi’s You Give Love a Bad Name was a fun moment but possibly didn’t showcase the band to the best of their abilities. As versatile as Shay’s voice is, he’s more comfortable in soul and R&B rhythms rather than rock so at times it was a little on the karaoke side.

Toward the end of the set Dan told the audience the duo were going off the set list to perform an acoustic version of Obsessed, the title track from their latest album. Shay’s vocal performance was insane. He riffed, belted and held notes in ways that you rarely hear him do on the record.

The set came to an end with 19 You + Me, the band’s first hit and it was a fitting end to an energetic and entertaining set. At times Dan + Shay’s material can sound a little samey but they seemed to be having such a good time, that the audience fed off their energy and we had a good time.

In this article:C2C, Dan + Shay