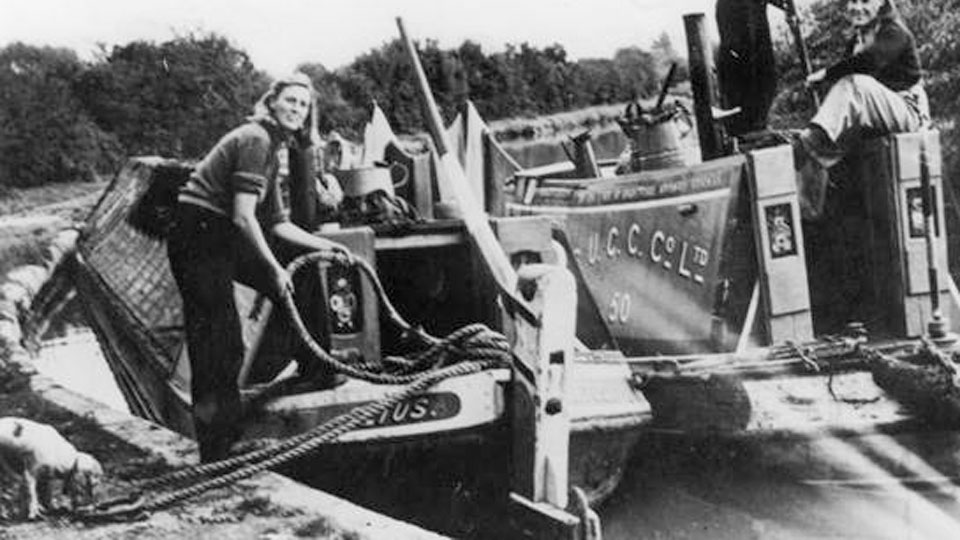 2017 marks the 75th anniversary of The Idle Women – the nickname for the women who manned the working boats during WWII. Now, 21st century ‘Idle Women’ – former Worcestershire Poet Laureate Heather Wastie and writer/performer Kate Saffin – will be recreating their journey, from London to Birmingham and back to London via the Coventry coal fields.

This double bill, touring Saturday 15th April – Saturday 5th August 2017, tells the stories of the young women who took on the challenge to manage a pair of boats and 50 tons of cargo. Isobel’s War is a solo play written and performed by Kate Saffin based on the experiences of the wartime trainees. Isobel doesn’t think that rolling bandages and serving tea in the leafy suburbs of Oxford counts as proper war work, then she spots an advertisement and encounters a world she didn’t know existed. Idle Women and Judies is written and performed by Heather Wastie – it started as an audio piece (commissioned by the Canal & River Trust) based on the wartime memories of three women. Wastie has now added a collection of short poems and songs celebrating the work and adventures of the women.

By the beginning of WWII, the inland waterways were in decline. However, the war brought a brief renaissance as boats were a more economical means of moving war materials and supplies. But, whilst there were plenty of boats, there weren’t enough good crews. The Women’s Training Scheme taught young women the basics of boating over two three-week round trips (London-Birmingham-Coventry-London). These women then did their best to replace the men who had been called up.

On completion of their training they received their national service badge imprinted with the letters IW – Inland Waterways. After the war they were nicknamed the Idle Women and they have been known as such ever since.

For tour dates and to book, see: http://www.alarumtheatre.co.uk/.

In this article:The Idle Women