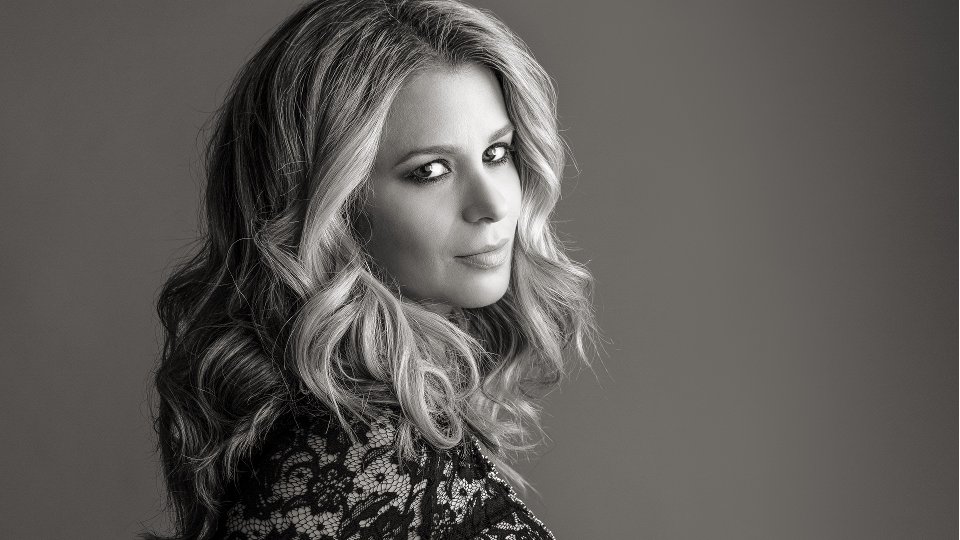 With a full-length album due out soon, Ana Cristina Cash is treating fans to a bonus project, The Tough Love EP, which will be released on 14th March 2017.

The Nashville-based singer-songwriter is famed for her high coloratura soprano, and ability to perform what is known a “whistle register”.

Yet, inspired by years playing in dusty bar rooms, for this project she focuses on a rootsy-soul influence, blues and rockabilly edge, featuring co-written material with husband and producer, John Carter Cash.

I spoke with Ana Cristina about discovering her voice, writing at the historical Cash Cabin Studio and joining the Carter-Cash clan.

Congratulations on the release of the EP! What was the process behind writing for this particular project?

Thank you. It’s so exciting, it really is. It’s coming out on 14th March and I’m just so excited to get it out because when you create something you’re just excited to get it to people. When it’s actually finished, it’s amazing.

My husband, John Carter Cash and I worked in the Cash Studios, here in Hendersonville, Tennessee, just 30 minutes out from Nashville. I wanted to write in the style of American roots, crossed with rockabilly-country and blues, so it has deep blues influences and American roots.

I started writing songs and collaborating and the song, Tough Love Woman, which is the single, was a song that I wrote with Shawn Camp, and it’s definitely a strong female empowerment song. It has a retro vibe, it definitely does, and it’s fun and danceable, and the song Southern Roots is a murder ballad, it’s a story song that I wrote with John Carter Cash. It tells the story of a woman who was abused and decides to take matters into her own hands. The Cost of Love is in there, a really fun, bluesy song I co-wrote with Bill Miller, and I re-did John Anderson’s Seminole Wind, which was a hit in the 80s. I chose it because I’m originally from Florida and I used to visit Seminole Territory all the time, and Move Along Baby is a classic, new-style rockabilly song that John Carter and I wrote together. I’m excited that it’s all coming together and I’m excited to put this body of work out there.

Your last album was in 2015 and you have another one coming out soon. Why have you decided to put out an EP between LP projects?

I wanted to put out something in between. Right now I have enough material for a full album, as it is, but I wanted to put a small collective group of songs together that could kind of pinpoint the body of work I was creating, before I put out the full album.

The full album will include these songs and a lot more, like 12 to 13 songs. We just wanted to put something out there for people to enjoy before the full album.

What was the recording process like at the historical Cash Cabin Studio?

It was really comfortable, and I think when you’re comfortable, it makes a difference with your writing, also. Most of the songs were written there and it’s just fun, and I love living in Nashville; it’s a great music community.

Do you try to follow any set formula when you write with John?

It’s kinda mixed. Like the song Southern Roots, for example, I thought of the melody one day when we were driving in the car, and I said, ‘oh wait, I have to tape record this…’ and started humming it over and over again. We started vibing off of lyrics and topics. With Move Along Baby, we knew we wanted to write a rockabilly song and he came up with the guitar rockabilly chords and I came up with the lyrics, so it’s just depends. Sometimes you’ll think of melody, sometimes you’ll think of words, but you work together, and I think what matters, is getting the end result. I love the creative process and I feel like writing is like putting together a puzzle, in a way.

When did you first start writing together?

We started writing together after we were dating, we’re married now – we got married in October 2016 – so we’re newlyweds. He was a great songwriter in his own right and I’ve had a long career in music and have also been writing for a long time. It felt very natural to see how we would collaborate together, and not always do you collaborate well with other writers, especially being so close to someone, you wonder if it’s going to work creatively. We’ve written quite a bit together, it makes it really fun and it’s good for our relationship, too.

What do you think it is about writing together that helps you get the best out of a song?

We put a lot of thought into it and definitely want to get to the point where a song really means something. We feel if it means something to us, then it’s bound to effect the listener as well, so we’re really careful and pay attention to ‘is this something we want to put out in the world?’ and I feel like both of us, musically and lyrically, bring things to the table. But it’s really about the emotion and what you’re trying to convey also.

Is there a message you try to get across through your music?

Definitely strength. The message of strength and empowerment, more than anything. I think it’s very important to love yourself before you can ever be in a committed relationship or care for others. I think it’s really important to have self-love, not a vanity or a selfish love, for yourself, but one in which you take care of yourself, and I feel like that’s a strong message in this particular EP.

Do you see that message having a positive impact on your fans?

I feel they’ve been responding well. A lot of my songs throughout my career have been sassier, I’ve talked about different messages of love and self-worth and I think it’s an important message, especially for young girls. It’s important in this day and age and you want to be positive and treat everyone with kindness, but you definitely want to treat yourself well too and love yourself.

John Carter Cash came on board to produce this EP. What did he bring to the project?

Well, he definitely brought his production knowledge. He’s a wonderful producer and recently produced a Grammy-nominated Loretta Lynn album, Full Circle, among many things. He’s a brilliant producer, he’s a Grammy-award winner, and so I trust his knowledge and have respect for him because he’s earned that respect for a long time as a producer. I feel like we definitely listen to each other and he listened to my needs. He was able to pinpoint when I was writing several songs, either on my own or with collaborations, where my voice really sits and it’s definitely the more bluesy ones.

I’ve also written pop songs, modern country songs, all sorts of things, but this is really where my message would shine and he made sure to point that out, or definitely made me see where my true self was, so he brought a lot to the table.

Did you ever think your voice would be suited to a blues genre?

It’s interesting, because when I perform live, I learned that after years of singing in dusty bar rooms, really paying my dues, that grit and emotion, I really feel it in my gut and any song that has those chords or that emotion, or something to say, I love to rip those bits apart, I think that’s where I really learned about it. But also, in studio, you love so many things you don’t want to discriminate against music, but you have to stay true to what your roots are and I’ve learned to really accept that because it’s what I love and what I should be doing.

Who did you choose to collaborate with on this project?

I collaborated with Bill Miller, a Grammy-award winning artist, he’s wonderful, we wrote The Cost of Love together. Jodie Marr, she’s a wonderful writer, we did Busted, and also Shawn Camp, who collaborated with me on Tough Love Woman, the single. He’s a master Nashville songwriter. It’s fun because you get to be friends with people you write with and bounce ideas around the room, it’s nice.

You obtained a Bachelor’s Degree in Journalism from Florida International University in 2010. Do you ever hope to take your writing in a different direction, alongside songwriting?

Well, it’s something I’m very proud of. I write in my spare time and would like to write books in the future and feel like my education in journalism has really helped. One of the most important things I’ve learned is to stay up-to- date with current events and I read the news every morning. I feel it’s very important to know what’s going on in the world, whether you want to be a songwriter or a novel writer, or write for journalism or print. I feel like it’s really important to be in touch with everything and not just staying within your world.

Being a fan of country music, what does it now mean to you to marry into the Carter-Cash family and carry the Cash name?

For me, it’s definitely an honour, because it’s a legacy I really respect. I respect John’s mother and father very much and their family. The Carter family is pretty much responsible for the beginning origins of country music, which is a big deal. A lot of times we perform live and I’ve learned these songs, I perform Wildwood Flower all the time, and I do think about that every time I sing it. We recently did a tribute for The Rock and Roll Hall of Fame and we sung, Get Rhythm. It was an honour to execute that, but I try to do my job well when I go for songs like that, just because it’s a big responsibility to carry. I like to make sure I do a good job, that’s all. I learn every day from that music and other music I’m exposed to, so it’s really lovely.

What do you have planned following the EP release?

A lot of shows right now in Nashville, working on a tour and I’m sure we’ll add certain dates when the time comes. I’m really excited about the EP coming and I love the UK, by the way. I went in 2016 and can’t wait to go back. I would love to be there more than anything in the world.

The Tough Love EP is released on 14th March 2017. Listen to Seminole Wind below:

Advertisement. Scroll to continue reading.
In this article:Ana Cristina Cash