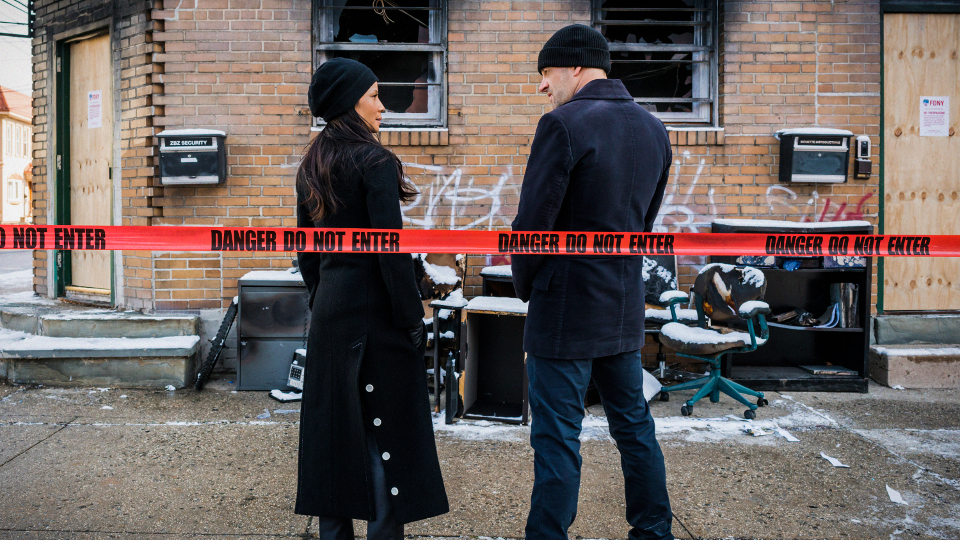 The latest episode of Elementary, saw Sherlock (Jonny Lee Miller) in a race against time to solve a case. If he failed a man was going to begin killing hostages which included Watson (Lucy Liu).

The episode was focused on a man named Jack Brunelle. His son, Connor, was assaulted back in 2012 which led to a drug addiction and eventually his death. Brunelle had tried many times over the past five years to get Sherlock and Watson to look into the case but they were always too busy.

Near the start of the episode, Brunelle walked into a diner and pulled out a shotgun. The waitress offered him the money from the cash register but he had other plans.

After assaulting a man in the diner he tied him up and kept everyone present as hostages. The police arrived on the scene and he demanded to talk with Sherlock and Watson.

They went to the diner and decided to go inside to talk with him as although they had never helped him they knew what he wanted. Once inside Brunelle told Sherlock that he had 16 hours to solve the case. This was the amount of remaining time until midnight which is when the statute of limitations on the case would expire.

Brunelle decided that the best way to force Sherlock to do his bidding was to keep Watson along with the hostages. Sherlock got right to work with the help of Detective Bell (Jon Michael Hill).

They soon figured out that Connor had dropped out of law school and kept it hidden from his family. Instead he had taken a job as an overnight security guard at a warehouse. Sherlock realised that Connor wasn’t able to work the night of the assault.

Speaking with the warehouse owner they found out that Connor not working meant that there was no guard that night. Sherlock called in a favour from the NSA and obtained drone footage of the warehouse on the night of the attack and discovered a smuggling operation.

Meanwhile, Watson was able to keep things calm at the diner and made everyone coffee. She realised that Brunelle didn’t have enough ammo to kill all the hostages. After talking to him she discovered that the man he tied up was actually the detective who worked on Connor’s case.

Back with Sherlock the evidence led him to a gang who used to be rife in the area but had since disappeared. After tracking down a rival gang, Sherlock and Bell were taken to meet their leader. While talking with him Sherlock noticed one of his members had had a tattoo removed by laser. The same tattoo that the gang involved in the smuggling had used.

When Sherlock eventually solved the case it was five minutes after Brunelle’s deadline. Fortunately he didn’t execute anyone and Watson eventually talked him down.

With the deadline gone it meant that the statute of limitations had expired. The man responsible for the assault would go free. Watson went to bed while Sherlock pondered how he might get around that.

The next morning an excited Sherlock had found a way. Thanks to his hacker friends ‘Everyone’ he was now in possession of a video showing that the culprit had left the country to watch a hockey game. By law, leaving the country paused the timer so there was still time to charge him before the statute of limitations would expire.

At the end of the episode, Sherlock had to repay ‘Everyone’ by having Watson shave his head while it was broadcast live on the Internet.

The next episode is Rekt in Real Life. Holmes and Watson investigate the murder of a former professional eSports video game player after he is attacked on a live video stream.