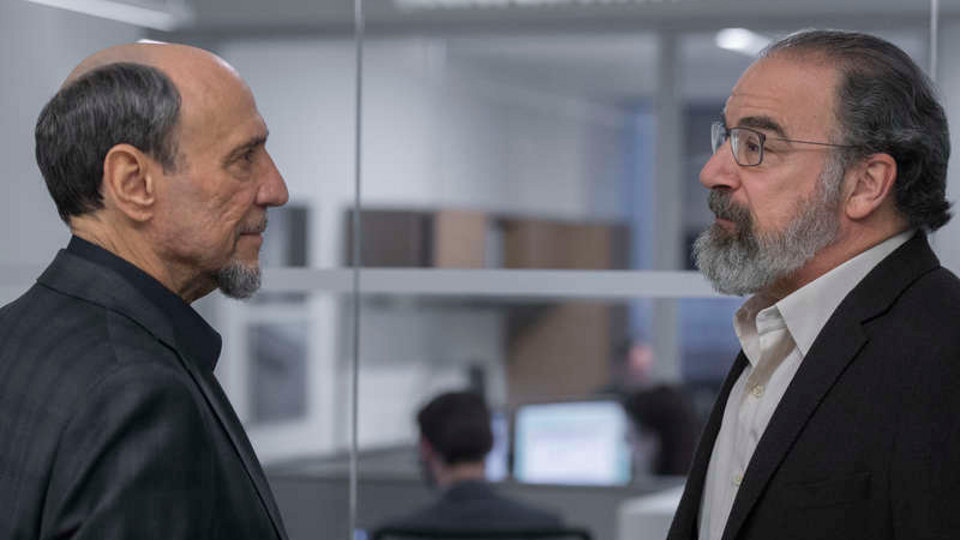 On the latest episode of Homeland, Carrie (Claire Danes) teamed up with Agent Conlin (Dominic Fumusa) to investigate the truth behind the New York bombing.

Carrie took the photos that Quinn had taken to show Conlin. At first he dismissed them but after talking again with Saad (Leo Manzari) he realised that Sekou may not be responsible for the bombing after all.

Conlin managed to track down the vehicle that was driven by the man from across the street to Carrie’s apartment. It was registered to a private company so he went to their offices.

Once there he was able to gain entry by pretending he was going for a job. Talking to other candidates revealed that the company was hiring federal employees and that they had access to a lot of sensitive data.

After trying to split off from the group he managed only a few minutes to look around on his own. He was soon found by the staff and escorted off the premises.

After his arrest, Quinn (Rupert Friend) was taken to a psychiatric ward. Carrie went to visit and found he was in a bad way having apparently been beaten. She hoped to get more information from him but he refused to talk and blamed her for his arrest.

Conlin suggested a meet at his house to discuss what he had found. There was no answer when Carrie arrived so she went around the back. The rear door was open and inside she found Conlin’s body upstairs. He had been shot in the head.

Carrie took Conlin’s gun after hearing someone else in the house. It was the man from across the street from her apartment. He thought he heard a noise and came to investigate. Carrie managed to evade him and made her escape after spotting him in a mirror.

Meanwhile, President-elect Elizabeth Keane (Elizabeth Marvel) was becoming increasingly frustrated. She was still isolated from her team away in the safe house. She was eventually able to find a lady to smuggle her out. After a long chat on the drive back to New York she answered questions for the press.

Elsewhere in the episode, Saul (Mandy Patinkin) looked into Mossad agent Tovah Rivlin and was surprised to learn there was a no-surveillance order on her. With no luck at the CIA he reached out to Viktor, an old SVR contact. He came back to Saul with photos showing that Dar Adal (F Abraham Murray) had met with her.

At the end of the episode, a team broke into where Quinn was staying. They drugged him, strapped him to a stretcher and took him to a van. Inside waiting for him was Astrid (Nina Hoss) from German Intelligence who he previously had a relationship with.

Check out the Homeland 6×07 trailer below: