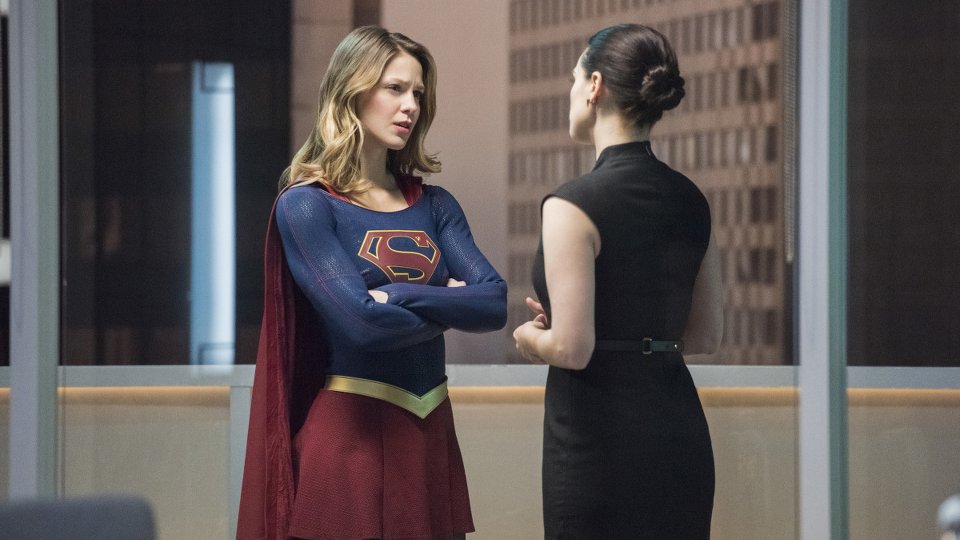 Jeremiah Danvers (Dean Cain) returned in this week’s episode of Supergirl but not everyone was happy to see him.

Kara (Melissa Benoist) and J’onn (David Harewood) tracked down a Cadmus convoy and inside it they found Jeremiah chained. Bringing him back to the DEO, Kara and Alex (Chyler Leigh) were delighted to see their father but Mon-El (Chris Wood) quickly became suspicious that all wasn’t what it seemed when Jeremiah revealed information about a fusion bomb that Cadmus had in the works.

At a family gathering, Mon-El couldn’t keep his mouth shut and upset Alex and Kara. Winn (Jeremy Jordan) witness Jeremiah accessing information on the DEO database and he told Kara and Mon-El about it. Kara quizzed her father, leading Alex to react angrily and jump to her father’s defence.

Jeremiah led a mission to direct Kara to the place where the fusion bomb was stored but it turned out to be a misdirect so he could steal the National Alien Registry and give it to Cadmus. Alex faced off with her father but she couldn’t bring herself to shoot him and let him go free.

Distressed by her father’s deception, Alex broke down to Maggie (Floriana Lima).

It was revealed in the final moments that Jeremiah had a deal with Lillian (Brenda Strong) involving a flying craft that would be integral to CADMUS’ anti-alien agenda.

The next episode of the season is Exodus. As Alex searches for Jeremiah and Kara investigates a series of alien kidnappings, the sisters realize they must break the rules to foil a new Cadmus plot.