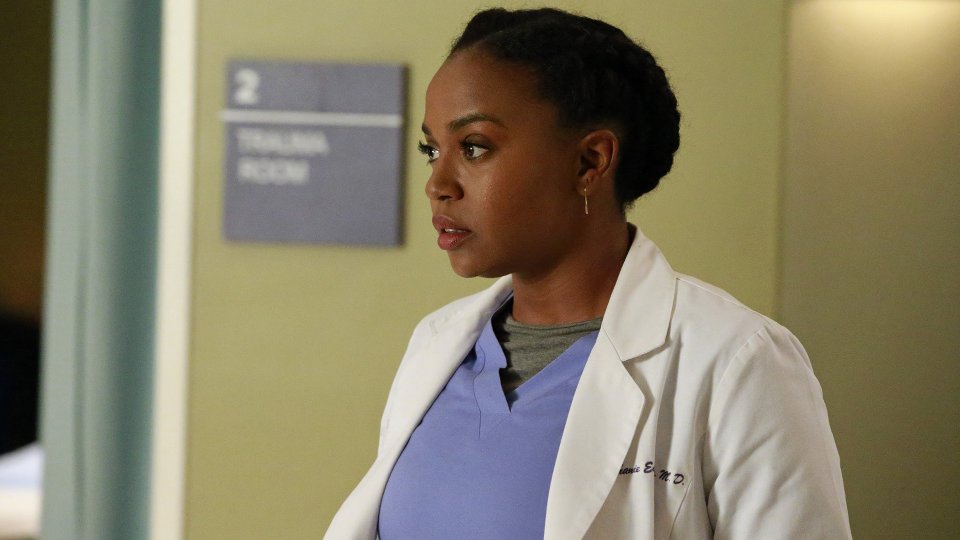 The truth about Alex (Justin Chamber) avoiding prison came to light on the latest episode of Grey’s Anatomy.

Meredith (Ellen Pompeo) was relieved when she found Alex in her bed but she had no idea why he wasn’t in prison after he went to take a plea deal. Alex revealed that DeLuca (Giacomo Gianniotti) threatened to tank the case by giving fake testimony so that he didn’t go to prison, forcing the D.A. to drop the charges.

Alex confronted DeLuca, asking for his reasons and he found out DeLuca did it to protect Jo (Camilla Luddington). Jo went to visit Alex when she found out he wasn’t in prison and the two shared a brief hug. Also Alex got his job back.

Meanwhile Meredith was suspended by Bailey (Chandra Wilson) when she refused to let Eliza (Marika Dominczyk) into her OR. Bailey hired April (Sarah Drew) to take over from Meredith, which didn’t go down well with the other attendings.

Elsewhere Maggie’s mother came to visit and asked Jackson (Jesse Williams) for a consult about a rash. He discovered that she had breast cancer but Maggie’s bad reaction her mother’s spontaneous visit, led to her not finding out about the diagnosis.

The next episode of the season is It Only Gets Much Worse. The residents are excited for Eliza’s next phase of teaching, but they spend the day caught between the warring attendings.