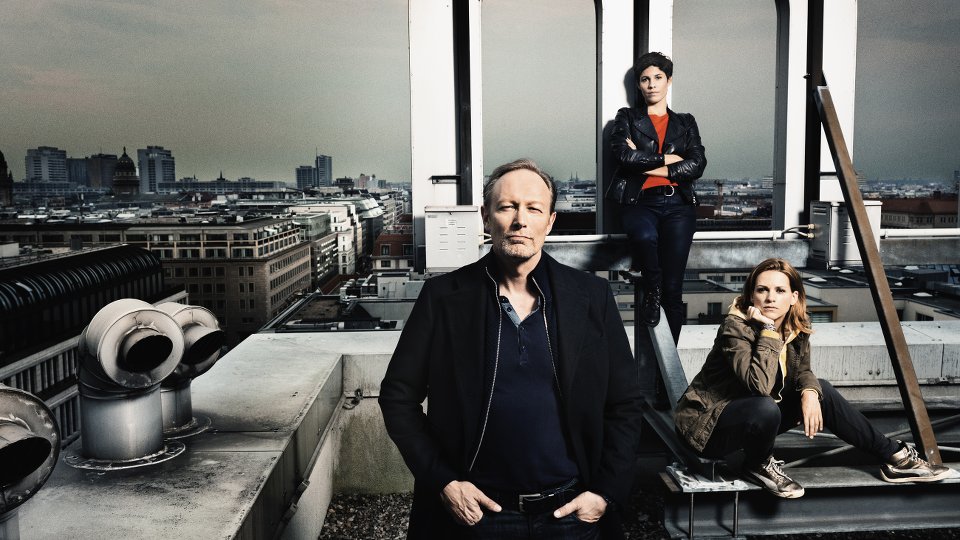 Nordic Noir & Beyond is pleased to announce the DVD Box Set release of the European crime thriller ‘The Team’ on Monday 17th April 2017. The series premiered on More4 on Friday 17th February.

When three prostitutes are murdered by being shot through the left eye in Antwerp, Berlin and Copenhagen, Europol sets up a Joint Investigations Team under the lead of Harald Bjørn (Lars Mikkelsen) from Denmark, Jackie Mueller (Jasmin Gerat) from Germany und Alicia Verbeek (Veerle Baetens) from Belgium. During their investigation ‘The Team’ unravels an unscrupulous criminal organization operating across Europe.

‘The Team’ is an international production by the Danish DR, the German ZDF, the Belgian vtm, the Austrian ORF and the Swiss SRF. The all-star cast includes Danish actor Lars Mikkelsen (Borgen, Sherlock and House of Cards) as well German actress Jasmine Gerat, who starred in Til Schweiger’s German movie Kokowääh, and Belgian actress Veerle Baetens (The Broken Circle Breakdown).

To celebrate the release we have 2 copies of The Team on DVD to give away. All you need to do to be in with a chance of winning is answer one simple question below:

Win The Team on DVD

In this article:The Team