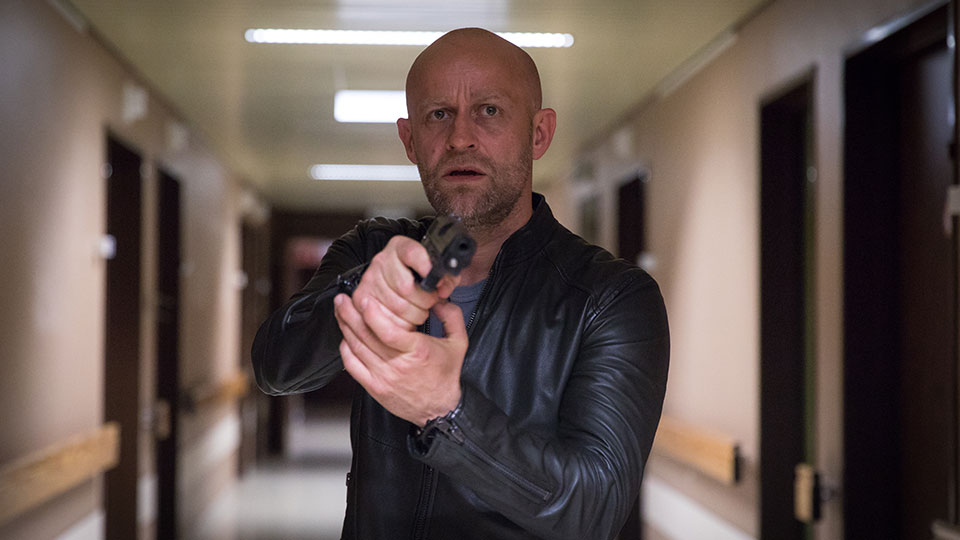 German actor, Jürgen Vogel, who plays Investigator George Weiss in series 2 of the pan-European thriller, The Team, spoke to me on the phone from a cold Berlin to discuss his involvement in the show that starts on Walter Presents today.

Like series 1, the new series features actors from Belgium, Denmark and Germany. I start off by asking if he and the all new cast felt any pressure taking over what was a very successful opening season.

“Not really, no. It was a new storyline and we felt free to do our work without pressure”. Indeed, whilst the cast was all new, behind the camera – the scripts writers, producers and directors – were much the same, meaning there’s a consistency from one season to the next. “They were very happy with us, which is good! It was a pleasure to work on.”

I asked about the logistics of having a cast from three different European countries (Denmark, Germany and Belgium) in terms of language, location, etc. “We had to find a common language, of course – English. But it felt natural. I like working on international productions with people from elsewhere in the world.” And how was it working with his two leading ladies – Marie Bach Hanson from Denmark and Lynn van Royen from Belgium (who stars in Hotel Beau Sejour – also on Walter Presents)? “I was a lucky man!” he chuckles. “From the moment we started working, they were fantastic. So professional, and really funny, too. The whole experience was amazing.”

I asked Jürgen if Germany has a similar appetite for foreign drama. “Not so much. ZDF (who co-produced The Team) sometimes shows Scandinavian crime dramas late at night”. ZDFneo is currently showing Greyzone from Sweden and Below The Surface from Denmark. “But on Netflix you can see everything. We are very open for this. I love it – so many doors are open for us (as actors).”

I quizzed Jürgen about the fact that according to IMDB he spent just one day at an acting school in Munich. “Yes. I learned very fast!” he laughed. “I felt back in 1985 that acting school was very theatre-based. Not a film school. It’s changed now, of course – today’s film schools are very different – and not just for actors, but also behind the camera. But back in the 80s they were geared towards theatre. I wasn’t so interested in that – I wanted to do film. I wanted my acting to be realistic and honest. More of a working-class approach.” But he knew from a young age that acting was what he wanted to do. “I was 15 when I did my first movie. From that day on, I never wanted to do anything else.”

Jürgen’s breakthrough came with romantic comedy, Little Sharks (Kleine Haie in German), in 1992. But it was The Free Will in 2006 that won him many plaudits. “Yes, Little Sharks was quite famous in Germany and that got me known. I’m very proud of The Free Will. We worked six years on it (he co-wrote and co-produced the film, as well as starring in it) and we didn’t have much money to make it.”

The Free Will is the harrowing story of a repeat sex offender released from a mental institution and struggling with his rage. Jürgen won a Silver Bear for Outstanding Artistic Contribution at the Berlin International Film Festival, as well as Best Actor awards at the Chicago International Film Festival and Tribeca Film Festival. “We interviewed lots of people who’d committed offences like this to try to understand their characters.” It’s an uncomfortable subject matter, but he’s unapologetic about the content: “We’re not just here to entertain. We should push people to look into areas that make them uncomfortable – shake them up a bit.”

In stark contrast to the darkness of something like The Free Will, he’s a man who also enjoys a good laugh and is very content with his life. “I’m very lucky – I get to do different things all the time. This is a cool job!”

Currently, he’s just finishing a comedy, the subject of which resonates with him. “It’s about a bunch of fathers getting connected because they don’t like their daughter’s boyfriends. I have six kids, so I get that”, he laughs.

The Team Series 2 starts on Walter Presents via All 4 on 1st November. If it’s as enjoyable as the first series, it’ll be a thrilling pan-European trip that’s a perfect blend of European crime dramas.

In this article:Jürgen Vogel, The Team, Walter Presents