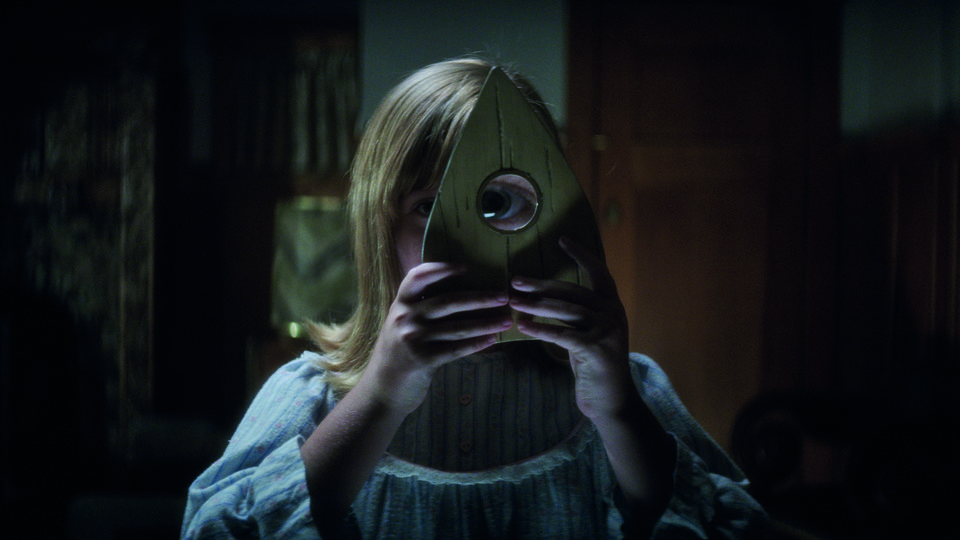 To celebrate the release of Ouija: Origin of Evil, which is available on Digital Download now and on Blu-ray™ & DVD 27th February, we’re giving 3 lucky winners the chance to win a copy of the film on Blu-ray!

Set 50 years prior to the events that took place in Ouija, director and writer Mike Flanagan (Oculus, Before I Wake) tells a terrifying new tale as a grieving spiritualist mother and her young daughters discover the buried dangers of an ancient game.

With exclusive bonus content including deleted scenes, a character spotlight, a behind-the-scenes look at the making of the film, and more, Ouija: Origin of Evil delivers spine-tingling chills to viewers.

Breaking a cardinal rule of the game while desiring to communicate with their deceased father, the family inadvertently conjures a malevolent force, unleashing a terror to be reckoned with. As the youngest daughter is overtaken by the merciless spirit, this small family confronts unthinkable fears with the help of a priest (Henry Thomas, E.T The Extraterrestrial) to save her and send her possessor back to the other side.

Ouija: Origin of Evil is available now on Digital Download and on Blu-ray™ and DVD 27th February.

To be in with a chance of winning one of 3 Blu-rays, all you need to do is answer the question below: