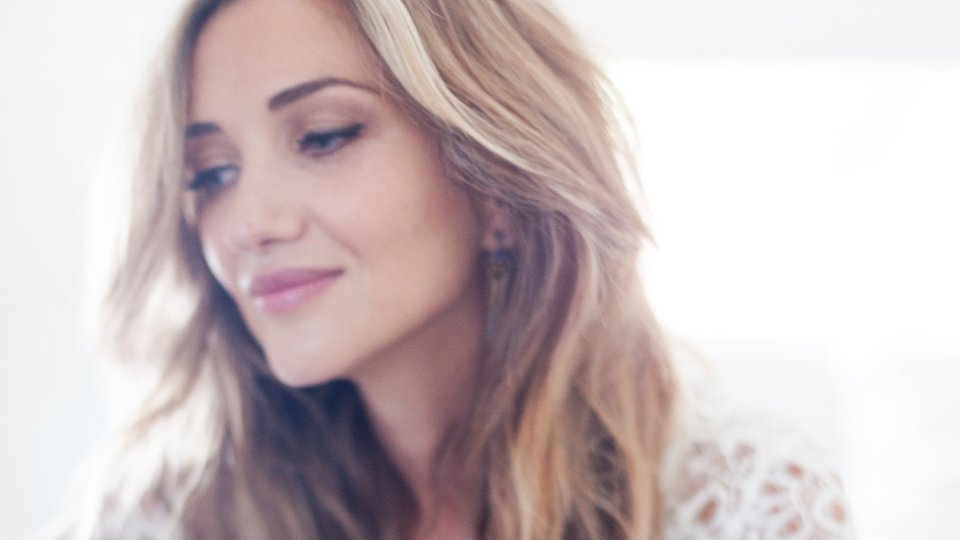 Fresh from supporting Ward Thomas throughout England and Ireland, and performances at C2C, the singer-songwriter has been building her career in the lead-up to her first full-length, transatlantic, independent release, Dream Country (out February 10).

But this is not the first time Sarah has tasted success. In fact, she’s been an established country musician for years, with two major label US releases and has worked with some of the industry’s shining talents.

I chatted with Sarah over coffee in Nashville, about the challenges of being an independent artist, her love for UK fans and making music that connects with her audience.

Congratulations on the upcoming launch of Dream Country! How was the process different this time around working independently?

Thank you! A lot of the songs I’d been writing were so out of the box of what I was releasing, and I really loved them and loved singing the songs I was most passionate about, but I just didn’t get that opportunity when I was signed. There are so many artists who try to be like someone else and there’s only one ‘you’. That’s where the whole Dream Country campaign came about and I think this is my time to make a record independently. It’s been wonderful because I spent the last couple of years writing for the album, specifically. It was really fun to make.

Did you have more creative licence and freedom putting together this album?

It did. It’s interesting, I think of what I do more than just I’m a singer or an artist. I think, what am I trying to say? What’s the general message from my music? What’s the brand? What is this that I’m trying to do and the focus? And I actually got to dive into that, which was really fun to see that a lot of my songs have a general subject. They’re very hopeful, very much about chasing a dream and I feel like my music is for the dreamers, the people who want something and I touch upon that quite a bit. It’s about really finding your strengths and going with that.

How did you set about writing the album, considering it’s nearly three years of work?

I write with a lot of people in Nashville, but most songs that I loved the most, were the songs I wrote with my really good friends. I feel like there’s an honesty when you’re writing with someone who truly knows you and then you’re not writing for anything specifically. A lot of times we’d go into write, Where Cowboys Ride, for example, I wrote it with one of my best friends and we pulled up a photo of Wyoming and wrote it. And there’s a song on the album called, Halley’s Comet, and that’s probably the most autobiographical track. It’s very close to my story as a musician out here, and that’s the one that really connects with people, because I honestly tell them, ‘this is my life, you know’. It comes from a place of, when I wrote this I had no idea where I was going to proceed with my dream and ended up writing a song that was completely healing for me, but also inspiring for other people.

You decided to part mutually with the label after eight years – how daunting was that after working within a set formula for so long?

I was really close to them. It was scary, I went from having a team to just me and trying to push through. You know what though? I have so much respect for people who do it independently. I think for me being on both sides now, you have to do so much work, you’re in doing every job and you learn a lot. I think it’s important to know what you’re doing and why and know how much money you’re spending…it’s good.

I spent a lot of time writing, which is also quite healing and therapeutic for an artist and I also randomly stated a company called Sweet Darling, which I make French Macarons. That was also therapeutic making something with my hands and getting involved in something that was quite different.

You worked with producer, Larissa Maestro, on Dream Country. How hands-on were you in the production process?

We had it wrapped up in like a month. I was just immersed in it and wanted to enjoy it, but also be really attached to it, because it’s very much ‘me’. This is the most hands-on I’ve ever been, there’s lot of space on the album and that’s a big thing for me. I like a lot of space and I think sometimes music gets very buried with people filling with a lot of instruments and spots and I wanted people to go on a journey when they listen to the tracks. I was constantly picking out less, listening to piano sounds… it fits what I do and it’s different. It’s where I’m supposed to be.

Was it a chance for you to do things on your own terms and shape how you are represented?

It just feels so empowering, it really is. It’s made me more musical, I’ve learnt what I like and things I don’t like. I play guitar, sing and write, but I have so much appreciation for pianists, and string players…

Did you go into working on Dream Country with a set direction of what you wanted?

Yes. My whole life I’ve felt like my strong suit is that I have more of a pure voice, I’m not a belter. People have always said, ‘you’re an emotional singer, you’re the one who sings a song in a room and brings tears’ and that’s what I do. I think I’ve always been this very optimistic, innocent character and it was just really about making all those things work together – the imagery, the music, all having it work together.

I know you have a lot of young fans looking up to you – what is the message you want them to hear in your music?

It’s about finding light and it being okay to get lost, but knowing that it’s alright. There’s a lot about that and a nostalgic feel to some of the songs. I’m definitely that person who can relate to someone who wants something and is working towards this goal. But it’s really just about light, finding light.

Do fans come to you for support through social media?

Yeah, they do. Especially since Halley’s Comet and I also have a song called Stargazer… Obviously these sound like very celestial-sounding songs, but that’s another thing, I do love writing about stars and kind of a dreamy-thing. I’ve gotten a lot of messages from young fans, saying they felt very encouraged after hearing Halley’s Comet, for sure.

Does that then come with a responsibility going into the next album, knowing that people are looking up to you and really focusing on your message?

It is. You have to be really careful as an artist what you put into the world, and I think some people maybe don’t think about it as much as other people, but it’s part of you. It’s funny, I’m the type of person, and I know there are types of artists who are different in person than who they are on stage, and that’s their artist brand, but for me, I’m the same on stage, the songs, it’s all me. On stage, it’s the place I feel the best.

You’ve worked with Kacey Musgraves, Vince Gill and Carrie Underwood, what have you learned from these musicians?

Carrie is a powerhouse, she’s just incredible. She was so fun to watch, just her show and she’s a really lovely person. I haven’t gotten to that level yet, I don’t know what it’s like to have your own tour set and go out there and just own it, it was inspiring.

Carrie always makes herself available and Kacey, it’s funny, we did shows before anything took off, which is quite fun, I’m a huge fan; she’s one of my faves, musically. And Vince introduced me the very first time I played the Opry and he actually sang on one of my tracks, a song called Bad Habit. He’s always just been about the song – still to this day he’s like, ‘Bad Habit is a hit’.

How many times now have you played the Grand Ole Opry?

I’ve played 82 shows, it’s hard to believe. It’s an honour every time, and for me right now, it’s like twice a year. I was doing a lot more when I had a song on the radio, but I like to keep that relationship alive and going, because I learn so much just being there. It’s pure magic. I feel like the Ryman is my favourite venue to play. It’s like being in church and you just feel a connection with everyone who has played there before. It’s a special place.

What does your growing UK fanbase mean to you?

The fans are so dedicated and fast forward to now where I’ve booked a couple of tours over there, still those same fans come to the show and to me, that’s what you want. Those are your fans for life. I was recently back for a tour with Jenn Bostic and Kyshona Armstrong. Some of the venues were so intimate and we just did a total ‘writers in the round’ experience and, we had the time of our life being on the road, going through the UK driving, just connecting with people, it was so good. And they loved that process of us telling the story behind the songs.

I consider it part of what I do now. There’s definitely a really great place to grow there in the UK and there’s not as many restrictions. Country is everywhere; to me it can be anywhere you want it to be. It doesn’t have to be about a certain subject, it’s about the story and I feel like people in the UK really appreciate that.

Do you feel UK audiences connect with your take on the country genre?

I’m a country artist, I just write about other things than what other country artists write about, which at the end of the day, hopefully makes it unique and different. And that’s why I came up with the Dream Country idea, because people can hopefully understand it when they listen. Sometimes people say, ‘well, it’s country, but it’s not…’ and I love that, that’s okay. I’m sort of in between several spaces, and that’s okay. Even opening for Ward Thomas, coming back from that tour, I felt such a connection with their audience. They do a lot of songs that are very cross-over, so I felt like we were a great pair to go out on tour.

I hope, at the end of the day, it’s about the connection and about the fans, for me, it is. As I’ve gotten older, that’s what it’s all about, going and playing shows and hearing the stories and messages from people. That’s what I love.