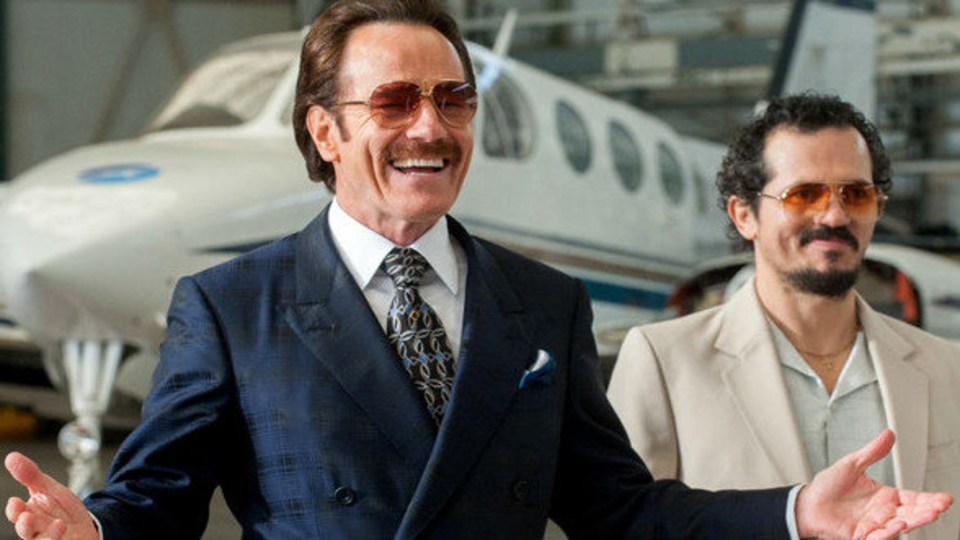 To celebrate the release of The Infiltrator available to own on Digital Download now and on Blu-ray™ and DVD from 23rd January, we are offering three lucky winners the chance to win a copy of the film on Blu-ray™.

The Infiltrator is an adrenaline-fueled thriller, based on the true story about how a U.S. customs agent helped take down Pablo Escobar’s money-laundering organization, starring Bryan Cranston as agent Robert Mazur.

Amidst the lavish excess of the 1980s, Robert Musella became a pivotal player for drug lords cleaning their dirty cash. He traded on mob connections, to become the confidant to scores of the international underworld and the bankers who enabled them.

However, Robert Musella was, in fact, the undercover persona of Special Agent Robert Mazur: a US customs official who went further than any before him. Laying his life on the line, he infiltrated the globe’s largest cartels and discovered just how deep into society their influence extended. Welcomed into an inner-circle of violence and corruption, Mazur found himself in the tight embrace of those he had promised to take down.

Based on the true story of a fearless undercover agent, The Infiltrator is a heart- stopping account of one of history’s most elaborate stings. The operation reeled in key players in a chain stretching all the way to Escobar. Their arrests would lead to the collapse of the Bank of Credit and Commerce International and shake the black economy to its core.

To be in with a chance of winning this prize, all you need to do is answer the question below:

The Infiltrator is out on Digital Download now and on Blu-ray™ and DVD from January 23.

In this article:Competition, The Infiltrator