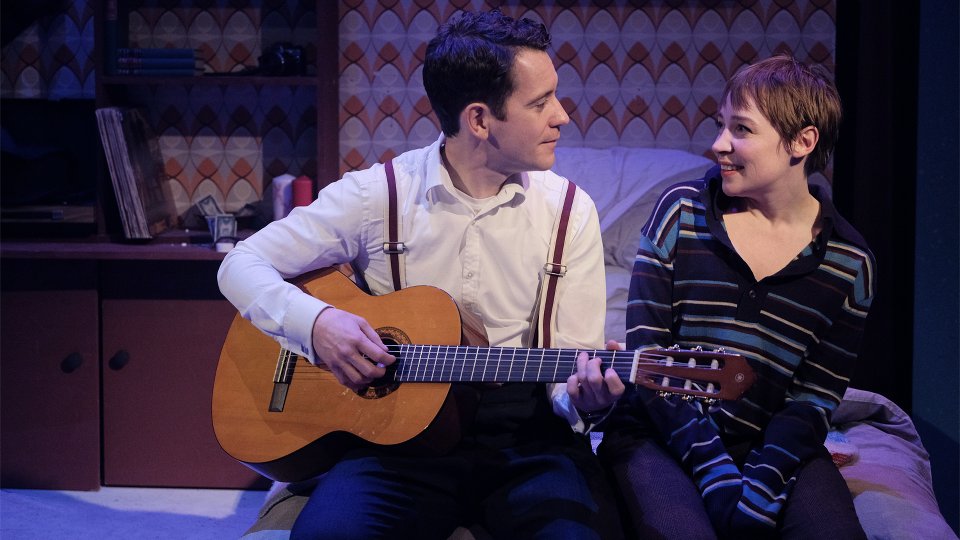 1968’s Promises Promises boasts the only score written for the stage by the legendary Burt Bacharach, whose signature style is all over this dated, but enjoyable musical.

Based on Billy Wilder film The Apartment, the show follows young insurance clerk CC Baxter as he climbs the corporate ladder by offering his apartment out by the hour to top-level execs engaging in extra-marital affairs. The twist comes as Baxter discovers his boss is using the apartment to seduce Fran, the apple of Baxter’s eye.

Sprightly (despite the bloated three-hour running time) and full of charm, Promises Promises is a tuneful throwback to a very different time. The show is effective in capturing the ‘60s swing, misogyny and all – women are very much in the subservient roles, largely represented as sassy secretaries and dolly birds. Thankfully they are often given the upper hand against their male counterparts to readdress the balance.

The dated gender roles are amplified by the male chorus, a power-hungry quartet on the hunt for cigars, cognac and call girls.

The success of the show rests on the shoulders Gabriel Vick and Daisy Maywood, who make Bloom and Fran loveable and endearing with winningly natural performances. Gabriel almost instantly gets the audience on side, breaking the fourth wall early on and delivering Neil Simon’s witty, knowing script with aplomb.

Comic relief is provided in the second half by Alex Young and John Guerrasio who manage to steal scenes from the leading players with deft comic timing.

And the music? If you’re a fan of Bacharach, there is plenty to enjoy, from the signature changing tempos to the lushly orchestrated melodies. But don’t confuse this with a jukebox musical, despite the inclusion of classic hits I’ll Never Fall in Love Again and A House is Not a Home which were warmly received by the audience.

The show isn’t perfect – sets are reminiscent of Acorn Antiques with wobbly walls and doors that won’t close; the choreography doesn’t make much of a mark; and the running time feels 30 minutes too long. But Promises Promises is a welcome antidote to the January blues.