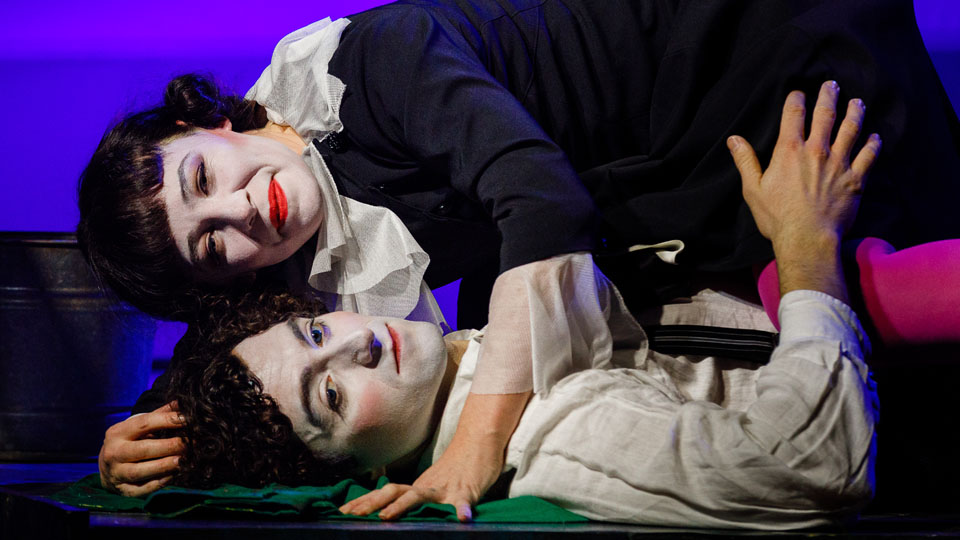 Marc and Bella Chagall were the flying lovers of Vitebsk. Partners in life and on canvas, they are immortalised as the picture of romance. But whilst on canvas they flew, in life they walked through some of the most devastating times in history.

Vividly drawn from the early life of Russian-French artist Marc Chagall and his wife Bella, this stunning production told in Kneehigh’s inimitable storytelling style is interwoven throughout with music and dance inspired by Russian Jewish tradition.

Chagall was a leading pioneer of modern art whose vibrant, original style evolved against one of the most tumultuous and terrifying periods in history.

Chagall and Bella were swept up in the confusion and brutality of world wars and revolution. He responded with a radical, original visual style which was both mythic and dreamlike: fusing everyday settings inspired from his hometown in Vitebsk in an extraordinary mystical lament, conveying love, loss, exile and the miracle of survival.

Reprising the role of Chagall is Marc Antolin, joined by Daisy Maywood as Bella.

The Flying Lovers of Vitebsk is at West Yorkshire Playhouse from Tuesday 20th to Saturday 24th March. Book online at wyp.org.uk or call the Box office on 0113 213 77 00.