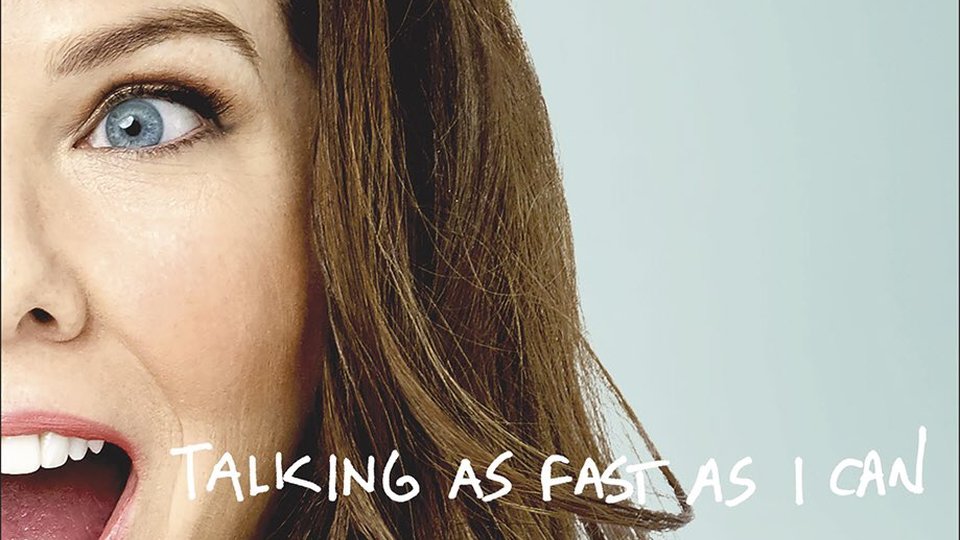 Fans of TV drama Gilmore Girls were given an early Christmas present at the end of 2016 when Netflix released four new feature-length episodes under the title Gilmore Girls: A Year In The Life. Since the show ended its original run in 2007, fans have been clamouring for a reunion and speculation was rife for years. It finally arrived in November and following hot on its heels was Lauren Graham, who plays central character Lorelai Gilmore on the show, with her new book Talking As Fast As I Can.

Released to tie in with the Gilmore Girls revival, Talking As Fast As I Can is a candid and humorous autobiography giving fans of Graham’s a look into her life and career. Written in a similar style to how her character Lorelai speaks in Gilmore Girls, Talking As Fast As I Can is an addictive read that I found hard to put down. Graham’s personality shines through the pages as she tells her funny anecdotes and takes you behind-the-scenes of some of the pivotal moments of her career.

The book is subtitled From Gilmore Girls to Gilmore Girls (and Everything In Between), so you know going into it that Graham’s most popular and well-known role is going to be mentioned substantially. The early parts of the book cover Graham’s upbringing and first forays into the world of acting. One of the most amusing tales is around an early musical performance, where Graham attempted to sight-read music and hadn’t realised that she was pronouncing a crucial word completely wrong.

Most fans will likely want to hear all about Gilmore Girls and there’s no shortage of information on the show. Graham goes through the task of watching the original seven seasons of the show, offering her thoughts on them. She also discusses the revival and shares some of her diaries from the set, where she reveals that she was emotional and teary throughout the whole thing. If you look closely when you watch the episodes, you can see that Graham is teary a lot.

Other highlights in the book include her recollections of shooting the long-running family drama Parenthood and the long journey to romance with her former Parenthood co-star Peter Krause (who pops up in a small role in the new episodes of Gilmore Girls).

Talking As Fast As I Can is a really fun and enjoyable read, that you’ll likely be able to get through in a couple of sittings. Graham is a natural storyteller and her words are inviting, engaging and amusing. I really liked the way the book picked out key anecdotes rather than trying to cover every single detail, like many autobiographies do. Fans of Gilmore Girls will get plenty out of the book and to be honest, even if you’re not a fan of the show, there’s still a lot of enjoyment to be had thanks to Graham’s winning personality.

In this article:Gilmore Girls, Lauren Graham