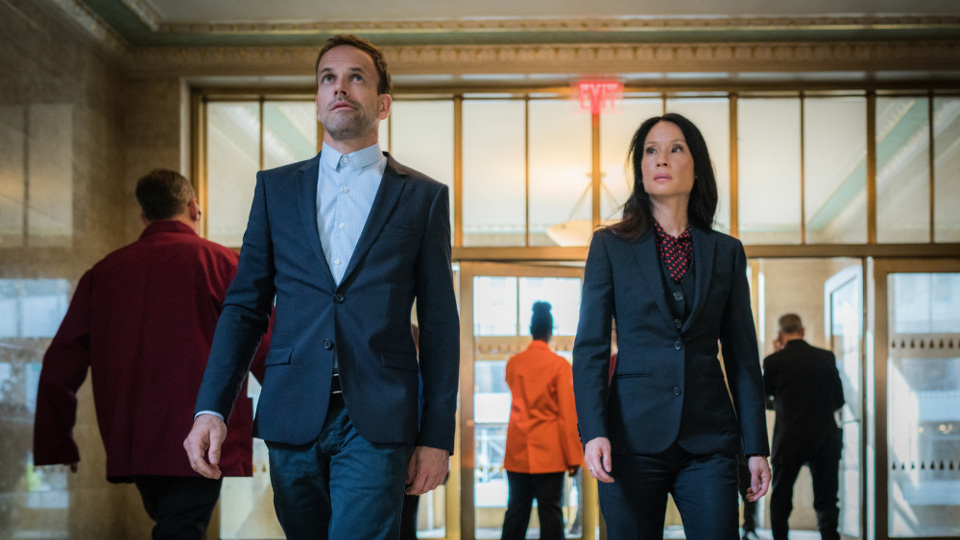 On the latest episode of Elementary, Sherlock (Jonny Lee Miller) and Watson (Lucy Liu) had to investigate the world of online dating.

Investigating the murder of a man the discovered that he had led a secret life of a vigilante. He had been posting fake female profiles on online dating websites to trap his victims.

He would pretend to be the girls in his fake profiles and strike up conversations with men. Once they were interested he would tell them that the girl was only 15. His targets were men who were still keen to meet with an underage girl.

He would lure them to a motel, tie them up and then film them getting beaten until they confessed. He would then post the videos online to shame them.

Elsewhere in the episode, Watson tried hard to help Shinwell (Nelsan Ellis) get a job. She lent him some of Sherlock’s smarted clothes but he couldn’t get past the interviews due to being an ex-con.

Watson cooked up a plan to train him as a detective but Sherlock refused to give his blessing. When she told Shinwell her offer he refused.

At the end of the episode, Shinwell returned home to find a man he knew in his apartment. The man had found Shinwell’s gun and told him to be more careful. It seems he has a plan involving Shinwell which sounds like bad news.

The next episode is Ill Tidings. Holmes and Watson investigate a mass murder when a chef and his patrons are poisoned after dining on a tasting menu tainted with snake venom. Also, Detective Bell’s crush on a work colleague makes Holmes realize his and Fiona’s (Betty Gilpin) relationship is at an important crossroads