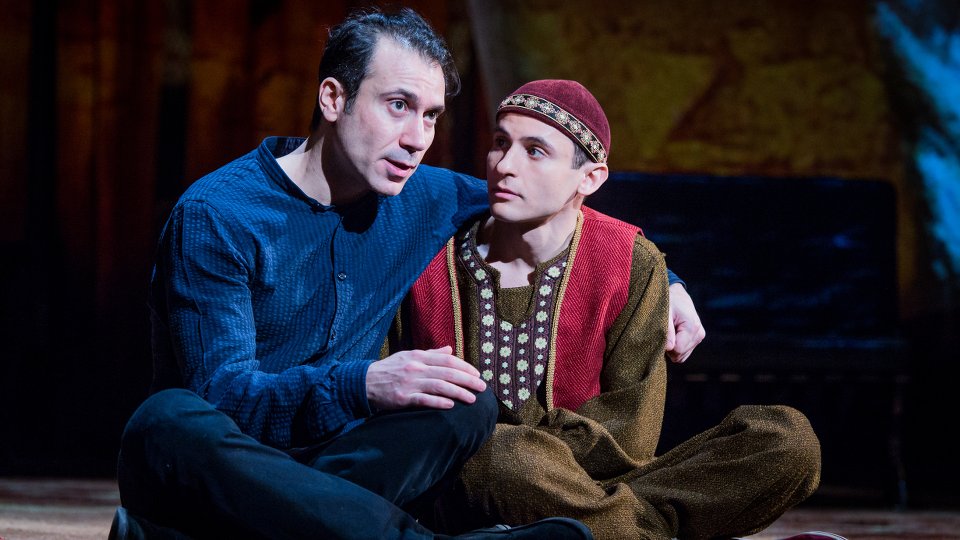 In 1999, Hosseini heard that the Taliban had banned kite flying in Afghanistan. Hosseini left Afghanistan as a youth, but a part of his childhood was spent in Afghanistan, where he grew up playing the sport. The news that the sport was banned struck Hosseini hard, so much so that he was moved to write a short story about it. Several years later, and after many tweaks, Hosseini’s expansion of his short story grew and he produced a full novel. The Kite Runner has now sold millions of copies worldwide, it has been made in to a film. Now, it’s time for The Kite Runner to have its run in the West End, where it is playing at the Wyndham’s Theatre.

Due to events that we cannot stop hearing about in the news, we all have our own ideas and thoughts of what it must be like to live in and to be raised in Afghanistan. It’s history and turmoils never seems to leave our news sets, yet its easy to forget that this was once a relatively peaceful country. I have to admit that reading the book gave me a fresh insight in to the country and especially about Kabul. The Kite Runner gives us a personal insight to this.

The story focuses on a few central characters, including Amir – who is a young boy from Kabul, his father, and his father’s young servant Hassan, who is his closest friend. Father and son dynamics, betrayal, guilt, redemption and very intense moments makes The Kite Runner an extremley powerful play. Moving through Afghanistan’s history and showing us the unfortunate way in which the country has gone is heavy to watch. There are moments that we want to look away from the stage, as we felt a bit uncomfortable, but this is where the reality of the play hits home. The Tabia pierces the play every now and again, setting the mood, played by Hanif Khan and this creates a lot of atmosphere.

At times, I felt that the scenes did not moving on quickly enough and this made aspects of the play drag on. I also thought that the play would have been better with a bit more variety in tone, as at times it felt a bit flat. Given that the play runs for three hours, there are many parts that I felt could have been sharpened, or taken out entirely – one can never cover everything that a novel does, but perhaps shorter scenes would have done this. It is not always an easy task to take a novel and adapt it to make a play, but The Kite Runner is given full justice and credit to Matthew Spangler for this.

Advertisement. Scroll to continue reading.
In this article:The Kite Runner