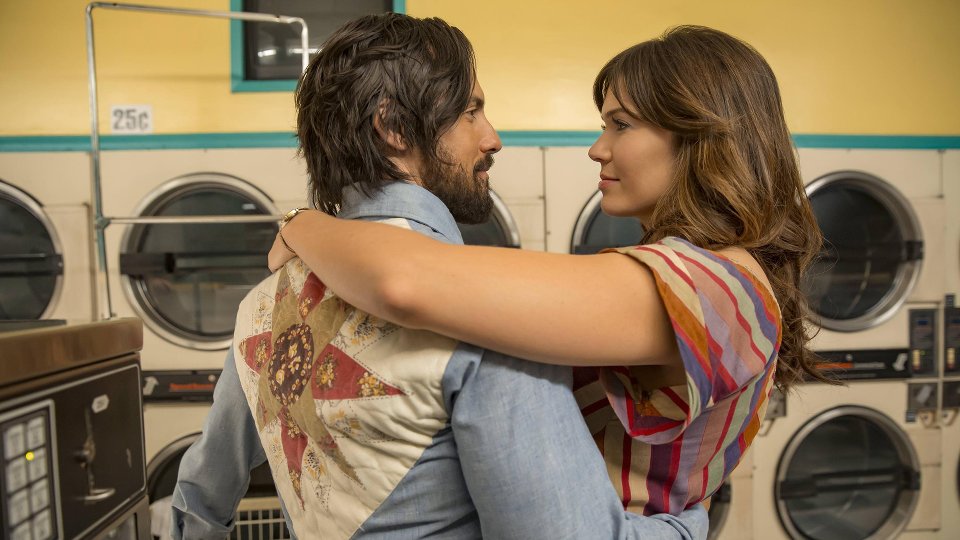 Randall’s (Sterling K. Brown) childhood was the focus of the latest episode of This Is Us.

As he prepared to do a presentation at his daughters’ school about his job trading commodities for businesses based on weather futures, the past storyline revealed that Randall was highly gifted as a child. He underperformed on his tests because they weren’t challenging enough for him. Jack (Milo Ventimiglia) made the decision to shelve his own ambitions to be able to send Randall to an elite school that better catered for his education needs.

Back in the present Randall’s presentation bombed when he tried to take musical inspiration from William (Ron Cephas Jones) and performed a disastrous and ill-judged song.

Elsewhere in the episode Kevin (Justin Hartley) struggled to tap into the emotion of grief for his stage role so Olivia (Janet Montgomery) took him to the funeral of a stranger. The day ended with the two of them sleeping together, which Olivia warned would never happen again.

Meanwhile Kate (Chrissy Metz) landed a new job as a personal assistant for Marin (Jami Gertz) but it soon became clear she was hired for her weight in the hopes she could connect with Marin overweight teenage daughter. Kate appealed to Marin’s daughter to work at having a relationship with her mum revealing that she no longer has one with her own mother Rebecca (Mandy Moore). She also pushed Marin to stop giving her menial tasks and utilise her skills.

The next episode of the season is The Best Washing Machine in the Whole World. The roots of Randall and Kevin’s rocky relationship become clear. Beth and William spend time together, which brings a secret to light.

Tune in to Channel 4 at 11.05pm on Tuesday to see the episode. Preview it with our gallery below: