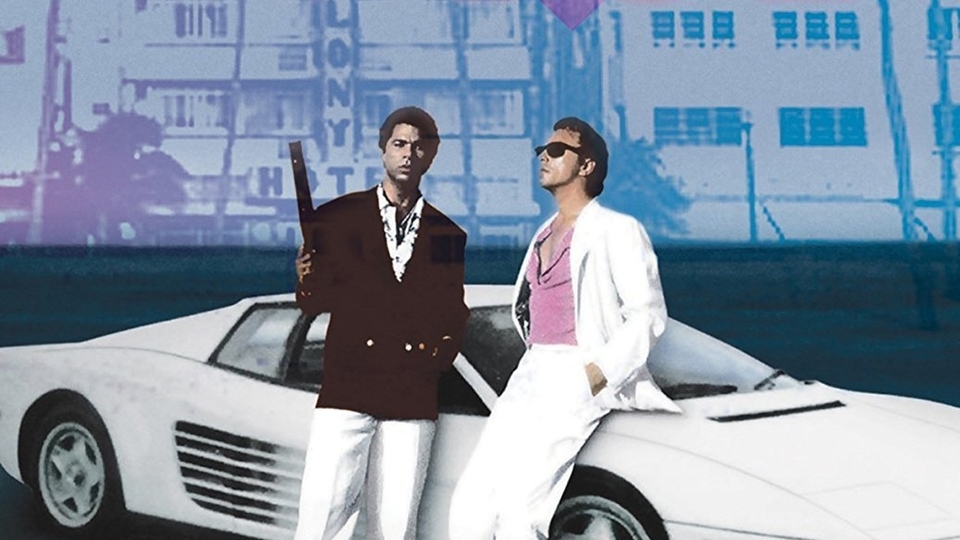 The pulse and the rhythm of a glamorous resort is juxtaposed against the steamy haunts of the drug underworld in this groundbreaking action series starring Don Johnson and Philip Michael Thomas, now fully restored and in high definition on Blu-ray. Enjoy all 111 episodes from all 5 seasons of a show which had an unprecedented fifteen Emmy Award nominations for their first season.

The cost of one episode was more than that of the entire annual budget of the Miami Police Department’s Vice Unit. After two seasons, Johnson threatened to walk from the series as part of a highly publicized contract dispute. Mark Harmon (St Elsewhere) was ready to replace him but executive producer Michael Mann convinced Johnson to stay, resulting in him becoming the highest paid actor in the history of a television series. It meant Johnson had to turn down leading roles in Die Hard and The Untouchables due to his contract.

Music was integral to Miami Vice. The theme song was so popular that it also garnered two Grammy Awards itself in 1986. Often credited as the first show to match a scene to a piece of popular music (rather than made-for-TV music), the Miami Vice production team would spend $10,000 or more per episode buying the rights to original recordings by contemporary artists. One of the most iconic moments from the series was the use of “In the Air Tonight” by Phil Collins for the pilot. At the show’s peak, USA Today would publish a song list of music due to be featured in that week’s episode. Musicians and record labels became eager to get their songs played on the show to boost their popularity.

For your chance to win one of two copies of the complete series on Blu-ray, simply answer the following question below.