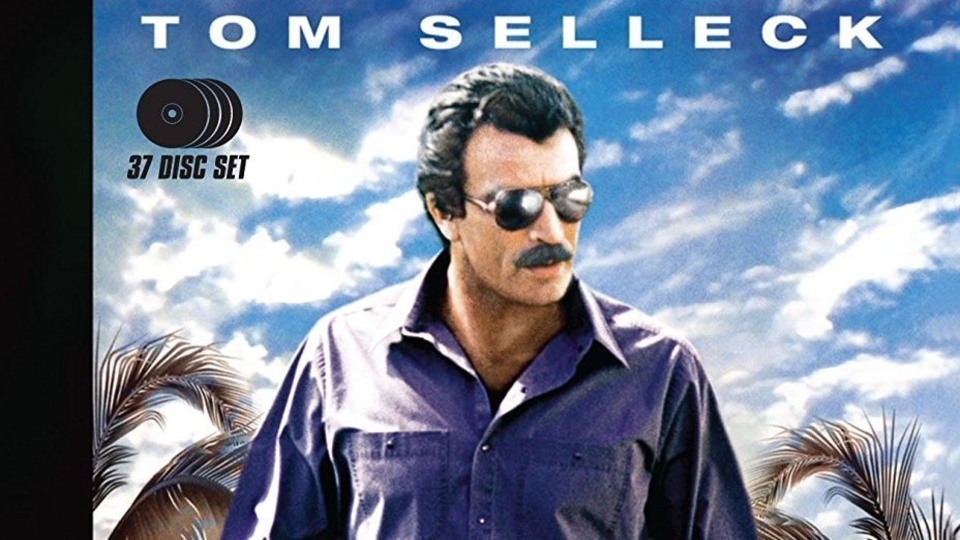 An impressive 130 hours of television, across 157 episodes, over 8 seasons. With groundbreaking and unconventional storytelling, join Magnum for a thrill ride of explosive action and frantic chases in the unforgettable Emmy® Award and Golden Globe® winning series, now available fully restored and in high definition for the first time on Blu-ray.

Pub Trivia No 1: Contract commitments to Magnum, P.I. famously cost Selleck the role of Indiana Jones. In the show’s final season, the producers gave a nod to his sacrifice with the episode “Legend of the Lost Art”, which parodied the film.

It was created by Donald P. Bellisario (Airwolf, Quantum Leap) and Glen A. Larson (Knight Rider) – who accounted for 513 hours of television and 21 combined seasons from 1976-88, with shows Magnum P.I. Quincy, Knight Rider and The Fall Guy.

The original theme tune was written by Ian Freebairn-Smith and only lasted 11 episodes. It was replaced with the iconic more uptempo theme tune by Mike Post and Pete Carpenter (composers of iconic TV themes such as The A Team and The Rockford Files).

Synopsis: Vietnam veteran Thomas Magnum (Tom Selleck) leaves the Navy to take up position as a private eye and security advisor to famous author Robin Masters in the cultural melting pot of 1980’s Oahu, Hawaii. He is soon living the high life with Master’s beachfront mansion and Ferrari, but soon the idyll is not all it seems and Magnum is drawn into the island’s underworld.

For your chance to win one a copy of the complete series on Blu-ray, simply answer the following question below.