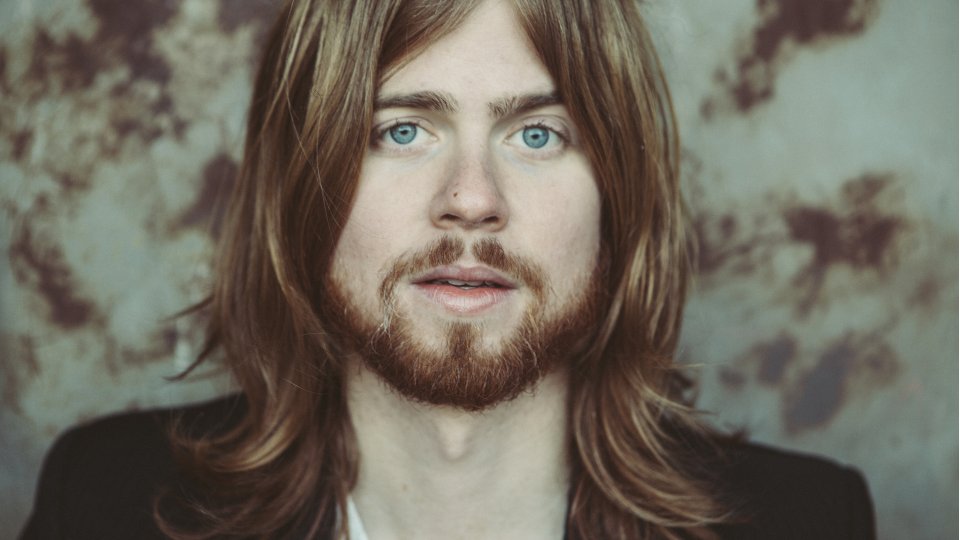 Entertainment Focus has your first exclusive look at Andrew Leahey & the Homestead’s latest video, When the Hinges Give, which is officially released today.

It’s a powerful track that draws on the lead vocalist and guitarist’s recent journey through the diagnosis – and recovery – of a brain tumour in late 2013.

Putting his career on hold to focus on his wellbeing, Leahey compiled a range of thought-provoking and emotive tracks, including When the Hinges Give, which is launched here today.

Though the gift of songwriting, he pinpoints the agonising wait in limbo between diagnosis and surgery, and what goes through your mind when you’re faced with such a life-altering situation.

I spoke with Andrew Leahey about When the Hinges Give, his new Ken Coomer-produced album, Skyline in Central Time, and learning to take nothing for granted on the road to recovery.

Congratulations on the video launch today, Andrew. Can you explain the story behind When the Hinges Give and what led you to write this song?

I was diagnosed with a brain tumour during the final weeks of summer, and underwent surgery to remove it in November. Nearly three months elapsed between my diagnosis and my operation, and I spent those months trying to figure out how the hell I was supposed to act. Nobody gives you a handbook in those situations, so you don’t know if you’re supposed to ignore the upcoming operation, or if you’re supposed to focus heavily on it, or if you’re supposed to start checking items off your bucket list, like skydiving or bungee jumping or taking that long-desired trip to China. I started writing When the Hinges Give before my operation, while my wife and I were trying to make the most of our three months together – months that very well could’ve been our last – and finished it during my recovery. I like to say that it’s a sad song with a real-life happy ending. To this day, I only play it at special shows, and I never rehearse it. I don’t want the song to become routine or familiar. I want it to remain special. Performing When the Hinges Give is difficult and emotional, and that’s exactly what it should be.

What was the recording process like for this particular song?

For the most part, Skyline in Central Time is a loud record. There’s a lot of electric guitar, a lot of vocal harmony, a lot of stuff going on. When the Hinges Give is different. I recorded it live, in one take, after lighting some candles and taking a shot of (producer) Ken Coomer’s tequila. I don’t usually drink these days – it’s bad for my still-delicate head – but I made an exception that night. Later, we added the string parts and the harmony vocals. Our goal was to keep the song sparse, almost fragile-sounding, because that seemed to suit the lyrics.

And where was the video shot?

The live video was directed by Joshua Shoemaker, who has filmed some cool videos for Nashville-based songwriters like Cale Tyson and Erin Rae. We shot it in an East Nashville bar called The Crying Wolf. We’d planned on doing some full-band performances that day, but it took longer than expected to get the lighting equipment set up, and my band members, most of whom were still working day jobs, had to get back to work. I did a solo performance instead.

Had you started working on Skyline in Central Time prior to the operation and recovery?

In a way. There’s two tracks, Little in Love and Who Wants an Easy Love? those were on an EP we put out, but these are newer versions and more thought-out versions. Then Stable Hand and Penitentiary Guys are from the 2011 album, in like an earlier, more primitive form. All those songs are songs we’ve played every night that we felt were very representative of our sound, and I didn’t want them to languish on an out-of-print album. I wanted to go back and revisit and reintroduce those songs. Little in Love is the one that’s gotten a lot of attention, so I guess that’s a smart choice, I hope.

How did Ken Coomer (Uncle Tupelo, Wilco) come on board to produce the album?

When I started rebuilding my career, I met Ken through a band called, Sons of Bill, who have played in Europe a lot. They’re an American band and he had worked with them and came up with a great album with them. He and I had started talking and he became like the first music industry A-lister to help to get my band back on track. We started doing pre-production in August and I think we did the album in September. We recorded at his studio, called Cartoon Moon, in East Nashville. We did it over 10 days, but I was still taking my medication every day and still very much in recovery at the time.

How is your health and prognosis now?

Great! I get headaches if I drink alcohol, so I don’t drink alcohol and that’s a good thing to avoid anyway. I have to watch my health, but that’s not a bad thing for an adult to have to do. I go back every year and get MRIs and hearing tests, everything is as it was when I got off the operating table. I’ve got a mild loss in one ear, but generally I don’t even realise it.

You’re currently on tour supporting Amanda Shires. How did this come about and what’s the experience been like?

We opened up for her and Billy Joe Shaver in August, and it went well enough that she asked us to come back. She’s a great, great writer, a great player, a multi-instrumentalist and a really cool, unique vocalist. We also just got done with Roger Clyne and the Peacemakers, they took us around the north east and east coast throughout October. So this year is our first doing that kind of work. I love those kinds of gigs, because you can play for new fans and, if you’re doing your job right, you can make them your fans as well.

How quickly does that translate and you notice an impact on your fanbase?

Immediately. That’s one of the modern conveniences; you can watch them in real time and keep those new audience members engaged.

How has everything you’ve been through in the past few years changed you as a songwriter and how is that shown on Skyline in Central Time?

I don’t know if it’s explored too much on this album, because the majority was written before the operation. When the Hinges Give is new, 10 Years Ago is new and Shivers and Shakes and The Good Life are new, but the majority of the songs had been staples of our lives prior to the operation. I think it made me more lyrically direct and it’s something that will be more evident on our next album, which will hopefully happen in 2017. To go through something like what I went through, I think it clarifies what you do and what you want to do. It teaches you what counts and to be gracious for what you have, and it teaches you to make use of what you’re lucky to have. It’s all a good story with a happy ending, so I’m happy to share it.

Skyline in Central Time is out now. Watch the video for When the Hinges Give below:

In this article:Andrew Leahey & the Homestead