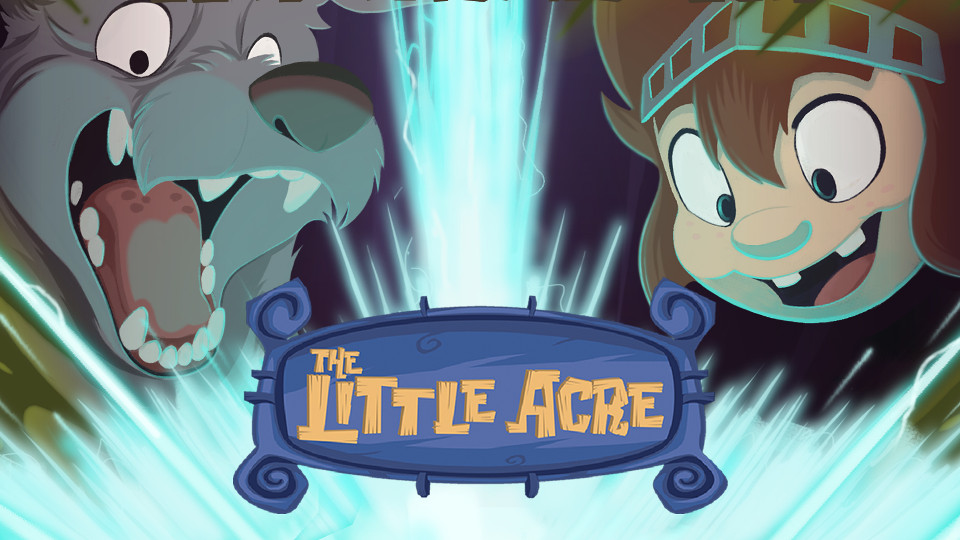 The Little Acre is a point-and-click adventure developed by Pewter Games. With Curve Digital as publisher and the legendary Charles Cecil (Broken Sword) as Executive Producer.

When I previewed The Little Acre last month I was impressed by the first part of the game. I was keen to play more and was hoping to see the same level of quality continue to the end.

It managed to succeed in part as the story is enjoyable to the end. The puzzles remained fun but rather easy and the graphics, sound and animation were excellent. Sadly the game is let down due to its length.

The Little Acre is set in 1950’s Ireland and follows the story of Aiden and his young daughter Lily. They live together in a small house with their dog Dougal and Aiden’s father Arthur. However Arthur has mysteriously disappeared and no-one seems to know where he’s gone. It’s your job as Aiden and Lily to follow the clues and determine what happened. The game jumps between the two characters at set points.

As with all point-and-click adventures there are puzzles to solve. Doing so requires you use items in your inventory with those found in the surrounding environment. Solving them isn’t always immediately obvious but there isn’t anything too obtuse. There’s usually only a handful of solutions to try out to progress. If you do get stuck there is also a very helpful in-game hint system to help you along. Experienced players are very unlikely to need it.

As Aiden follows the clues to his father he eventually ends up in a strange world. When her father goes missing too Lily decides to go on an adventure herself. Lily was my favourite of the two characters as she’s cute and mischievous. She’s not worried about the consequences of her actions and just tries to do things she wants to do.

View some screenshots of The Little Acre in our gallery below:

Graphically the game looks stunning with a wonderful cartoon aesthetic and hand-drawn animation. A neat feature is how the game moves between a traditional point-and-click 2D viewpoint to an isometric view. Also the music is lovely and the voice-acting is excellent.

The game has everything going for it but sadly it ends too soon. What’s there is fantastic and a really solid point-and-click adventure. It just feel it ends far too quickly with just a couple of hours playtime. The ending of the game in particular feels incredibly rushed which was a shame. I’d have happily played more of the same for many more hours.

Despite the short length, The Little Acre is absolutely worth playing. Fans of the genre in particular will find plenty to like here. Once you’ve played through there’s little reason to revisit it but hopefully there’s more adventures in store for Aiden and Lily in the future.

The Little Acre was reviewed using a digital code supplied by Curve Digital.