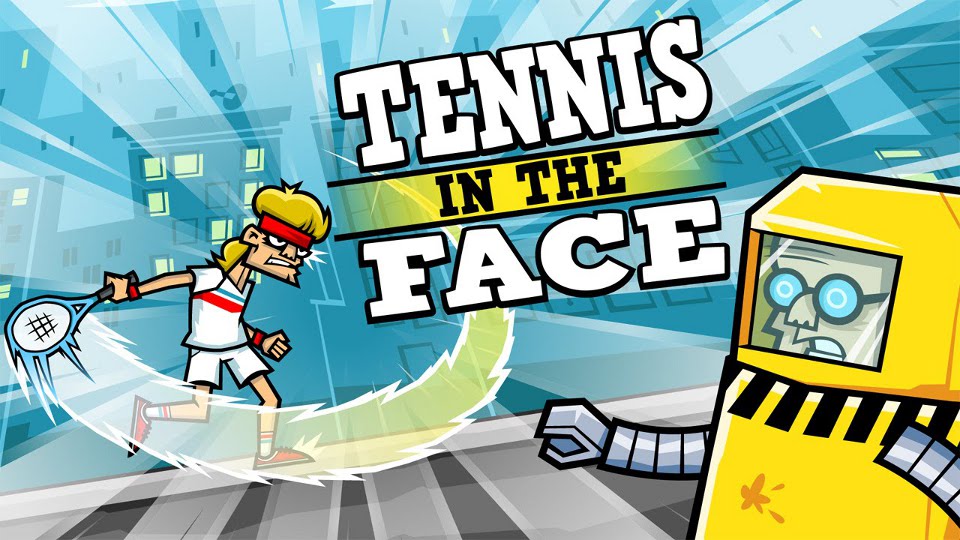 Independent game developer 10tons have announced the physics based puzzle game Tennis in the Face is now available for Xbox One via the ID@Xbox self publishing program. The game is priced £3.99 with a 10% launch discount running through December 15th.

Tennis in the Face is a physics based puzzle game with a generous helping of slapstick humor. The player must clear 120 increasingly challenging levels as the former tennis star Pete Pagassi, sworn to rid the city from the grasp of the corrupt energy drink manufacturer Explodz Inc.

View the official trailer for Tennis in the Face below:

The gameplay consists of knocking out Explodz fueled villains like creepy clowns, corrupt riot police, mad scientists and hipsters swift tennis serves. Bouncing the ball off walls, platforms and other objectives is the core of the puzzle mechanic, while funny ragdoll characters deliver the comedy.

EF will be bringing you a full review of the game later this month.

In this article:ID@Xbox, Puzzle, Tennis, Tennis in the Face, Xbox One