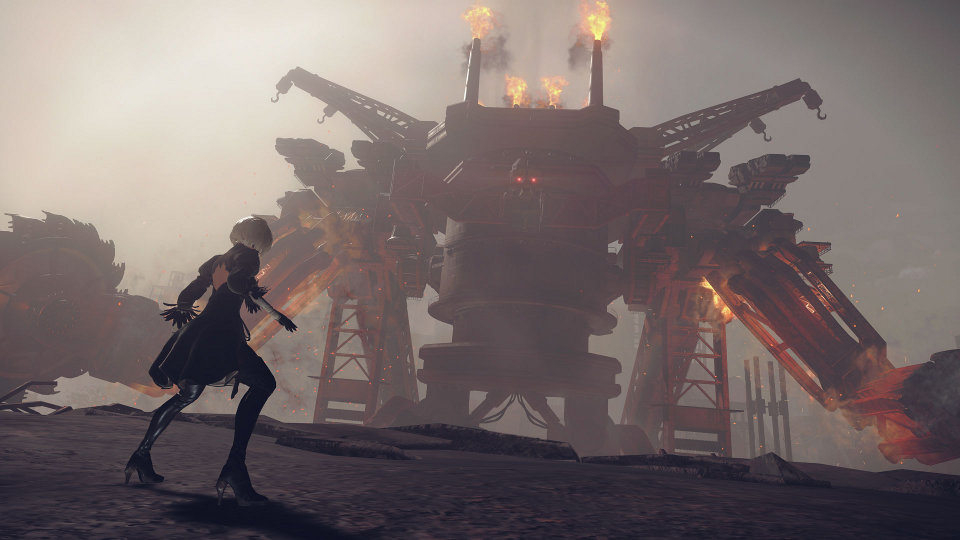 Square Enix have announced that both fans and newcomers alike can experience the exciting action RPG, NieR: Automata, for the first time in a consumer demo releasing on December 22nd for the PS4.

With an abandoned factory as the backdrop, the demo follows android 2B’s mission to destroy a massive enemy weapon that lies within.

In Nier: Automata, invaders from another world attack without warning—unleashing the machine lifeforms. In the face of this seemingly insurmountable threat, the human race is driven from the earth and takes refuge on the moon.

Humanity develops an army of android soldiers to fight back against the mechanical horde, but succeed only in slowing its advance. To break the deadlock, a new breed of android infantry is sent into the fray: the YoRHa squad.

In the forsaken wasteland below, the war between the machines and the androids rages on. A war that is soon to unveil the long-forgotten truth of this world…