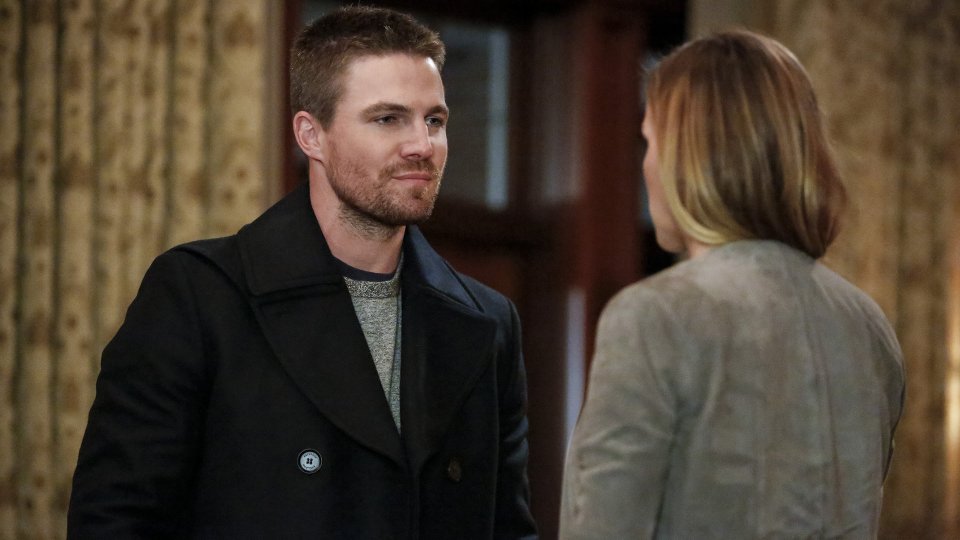 Oliver (Stephen Amell) and the team dealt with a new vigilante on the latest episode of Arrow.

Known as ‘Vigilante’, the mysterious character was killing criminals around Star City. The team posed as bank robbers to try and catch Vigilante but he managed to escape their clutches before Oliver could unmask him.

Elsewhere Quentin (Paul Blackthorne) handed in his resignation as Deputy Mayor and came clean to Thea (Willa Holland) about his drunken blackouts. He also told her about the throwing star and shared his belief that he was being set up. Thea convinced Quentin to go to rehab and seek help for his problems.

The next episode of the season is Invasion! Oliver wakes up to a life in which his parents are alive and he is about to marry Laurel; Felicity faces a new threat with the help of The Flash and Supergirl.