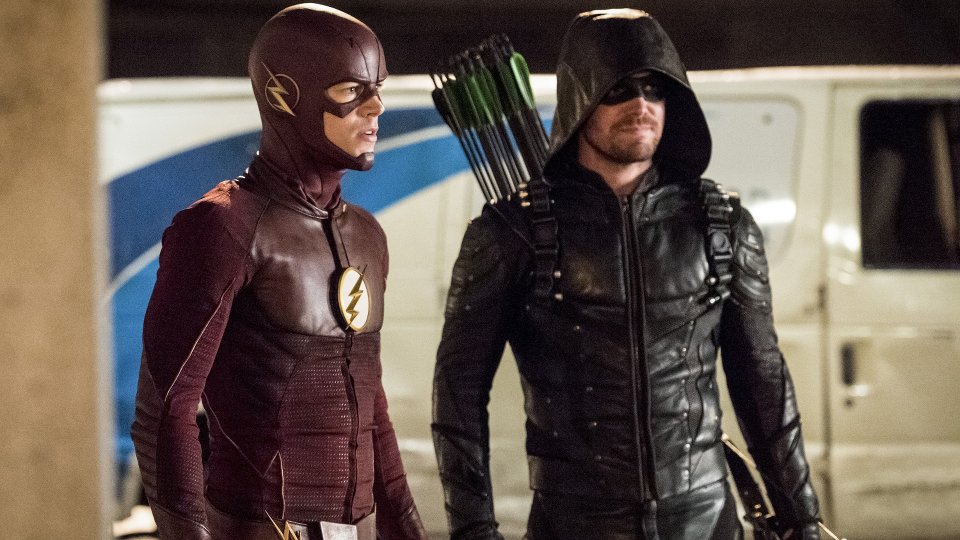 Caitlin’s (Danielle Panabaker) powers took over her on the latest episode of The Flash.

After being forced to use them to rescue Barry from Savitar, Caitlin’s Killer Frost personality took over. She aggressively sought out Alchemy starting with his followers before kidnapping Julian (Tom Felton) and forcing him to help her find other acolytes. Her aim was to get Alchemy to remove her powers.

Barry (Grant Gustin) and Cisco’s (Carlos Valdes) relationship was damaged when Caitlin revealed that Barry creating Flashpoint was the cause of Cisco’s brother’s death.

Meanwhile Wally (Keiynan Lonsdale) was trapped in a cocoon and Joe (Jesse L. Martin) broke him out of it. Now possessing out of control speed powers, Wally was located by Joe and Barry and treated with Caitin’s serum.

At the end of the episode Julian was revealed to be Alchemy.

The next episode of the season is Invasion! Barry asks Green Arrow for help when aliens attack Central City, but when they realize that won’t be enough, they bring the Legends and Supergirl in on the battle.