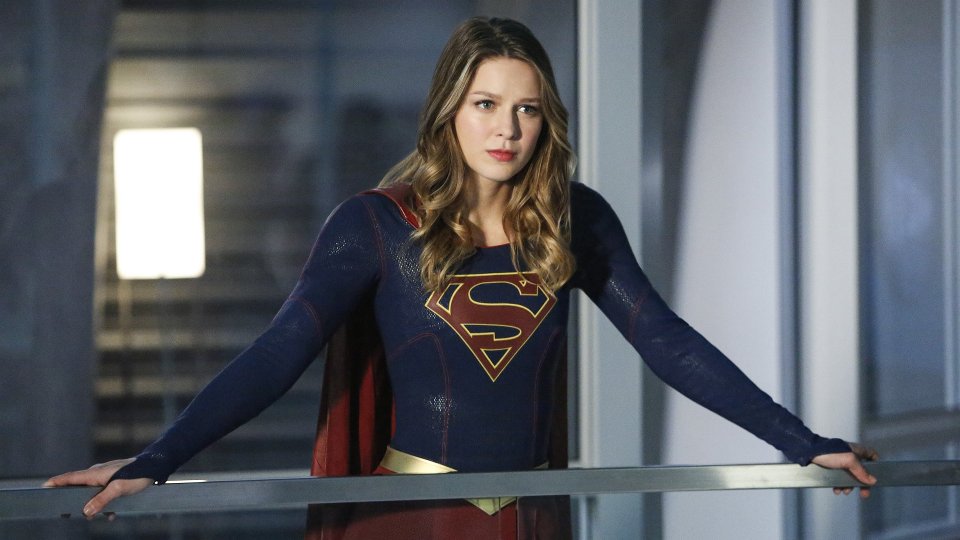 Kara (Melissa Benoist) and Mon-El (Chris Wood) were trapped at Cadmus on the latest episode of Supergirl.

Lillian Luthor (Brenda Strong) demanded that Kara came to Cadmus in order to save Mon-El but once she arrived, Kara was overpowered by the real Hank Henshaw (David Harewood) who was now known as Cyborg Superman. Kara was forced to deplete her powers so Lillian could take blood samples from her.

Jeremiah (Dean Cain) was shown to be alive and well, and he helped Kara and Mon-El escape from Cadmus.

Meanwhile James’ (Mehcad Brooks) new identity as the Guardian was under threat when a new vigilante started killing people in National City and everyone thought the Guardian was responsible. Winn (Jeremy Jordan) slipped up and told Alex (Chyler Leigh) that James was the Guardian.

Elsewhere J’onn (David Harewood) had hallucinations and discovered M’gann (Sharon Leal) was a White Martian, Alex patched things up with Maggie (Floriana Lima) and Cyborg Superman used Kara’s blood to trick the Fortress of Solitude into giving him information on a project known as Medusa.

The mid-season finale is Medusa. As Eliza (Helen Slater) comes to National City for Thanksgiving, Kara turns to Lena for help when Cadmus unleashes a virus that instantly kills aliens.