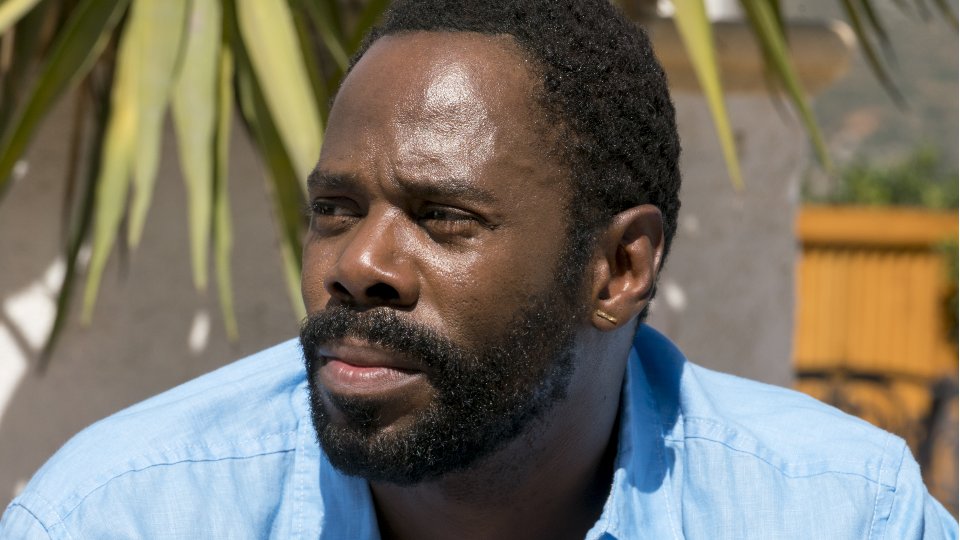 Philadelphia-born Colman Domingo has enjoyed success on the stage, in film and on TV.

Best-known for his portrayal of the mysterious Victor Strand on Fear the Walking Dead, Colman has been promoted to a series regular for the show’s second season. At the end of the first season Strand led the group of survivors to his Oceanside mansion where he had a boat they could use to flea from outbreak in Los Angeles.

To celebrate the season 2 release of Fear the Walking Dead I caught up with Colman to discuss the evolution of his character, talk about working with co-star Kim Dickens, and to find out his thoughts on a crossover with parent series The Walking Dead.

How would you describe Strand’s journey in season 2?

Season 2 I like to consider to be a deconstruction of Victor Strand. I think that we started season 1 with a very steely, mysterious character and I think it’s probably getting into his core. A lot of the journey is examining the decline of Western civilisation in the blink of an eye basically. Gone are the Ralph Lauren suits, gone are the cufflinks and the watches – it’s back to the basics and redefining yourself.

I think that Strand is on a journey where he thinks at first he has agency in the world because of his boat and picking the family with him on this journey to go to the next destination, which becomes compromised. Once again he has to rediscover, redefine and reassess himself. In many ways he’s on a journey to heartbreak, in many ways he never imagined, in places he never imagined he would have to go to but that’s also the cause and effect of being in an apocalypse.

One of the things I love about season 2 is the friendship that develops between Strand and Madison. They go from butting heads frequently to coming to a mutual understanding. What was it like to develop that?

It’s been fantastic. First of all working with Kim Dickens (who plays Madison) is one of the joys of my career. She is one of the most generous actors and I think we have the same work ethic. We try to find all the detail that the writers have given us. The writers gave us these things to play around with and really work off one another and find a way to trust one another, for two characters who were not trusting of one another.

They sort of get each other. They can get each other quietly with a wry look but I think there’s something they see in each other that they both need and they find useful. Every time I look at a breakdown of my day and I see that I have scenes with Kim I’m beyond excited because I know it’s going to be fun, we’re going to work hard and turn things around quickly. It’s a joy honestly. Even with that scene in the bar where we’re smashing glasses and it turns into this action-packed scene, every single beat of it is generous, we’re having a great time and making decisions together which is cool.

You’ve been able to interact with lots of different actors a lot more this season. Other than Kim Dickens, who has been your favourite person to have scenes with and why?

Besides Kim, I would say Ruben Blades (who plays Daniel Salazar). Ruben is another one of those actors where we get into the dressing room early and just start running the scene. We start working it out, talking about it and discovering it. He’s likes to engage that way and we engage together and question things. I think he’s just an excellent craftsman. He plays three or four notes at once, and I say that because he’s a musician, but he’s always playing a few notes you wou’re always trying to figure that out. It’s curious and interesting and always with a great sense of humour too. I generally like to work with people who like to work hard but can also have a good laugh and there’s a sense of generosity in the way that we play.

There’s a real sense over the course of the season that the danger level has really ramped up. What can you tease in terms of what that means for all of the characters?

We’re still in the beginnings of this apocalypse so no one has their warrior wear on…no on has their weapon of choice. We’re still trying to figure it out because we’re all average Joes in some way, although Strand is supersized in a way in terms of his personality. Every single character is challenged to go some strange places they never imagined they would go and form relationships they could never imagine they would have. I think that’s the charm of the show as well because it puts every viewer in the position to think who would they be and who would they become. One minute they are siding with me, another minute they’re against me. I think its like a pendulum swinging and the writers are exploring that, it’s our humanity. One minute you think they’re doing something that’s good, the next minute they’re doing something that’s vicious but it’s all for survival and survival has a different sent of rules than the rules we deal with.

Strand is such a wonderfully complex character and you can never quite predict how he may react in any given situation. What kind of challenges does that present to you as an actor?

I love the way he’s been written. I love when there are more complexities. We get script by script so I just play it in the moment. Sometimes I might question something with the writing team because I just want to make sure we’re following this line. Even when we talk about his language skills or he’s using subtractions more in his language, I want to know was that choice and why are these things happening now because it helps to define his character. It’s my job, as we have different directors, to try and follow a through line with Strand. I’m always presented with the beautiful challenges because there are so many layers to peel away and emotional layers that at first I didn’t think were a part of who he was.

When that happens I think it’s a great journey for the character and the audience to see what’s underneath. They keep writing complication after complication after complication and the challenge is to maintain that level of emotionally being exposed and broken-hearted for 14 hours a day. What a beautiful challenge that is as an actor. I was telling a peer of mine that the work I’m able to do on Fear the Walking Dead, and I’ve been in the industry for 25 years working in film and on Broadway in musicals, but this work I feel really calls on every single skill I have. It’s really a fantastic playground for me.

Lots of fans of the show are wondering if there’ll be any crossover with The Walking Dead in the future. What’s your opinion of the two shows potentially crossing over at some point?

I think it’s important it’s looked at as a universe. We are a parallel part of this universe and we’re catching up in timeline. It’s important for us to define ourselves as being our own animal. I love the fact that we’ll take on some of The Walking Dead fans, and we may lose some too because people will realise it’s a different show, but then we gain our own as well which I think is important. If people say they’re not interested in gore then they should watch our show because we’re still in the beginnings it’s very much a character story with a few walkers to get in the way. It’s more about father/son stories or a mother/daughter or a loner in the world and how they survive.

If you could play any other character on the show, male or female, who would it be and why?

I think I would play Nick (laughs). I love Frank Dillane and I love what he does with his wit and his humour. He’s fun and he’s wily. He live son the fringe of society and he always has. The thing that speaks to me is that I’ve always been a bit of an outsider in a way. While growing up I was a big old geek in school and kind of an awkward kid. The outsiders have the coolest kids and I think that’s where Nick lives. I’m drawn to people who live on the fringe.

Fear the Walking Dead: The Complete Second Season is available on Blu-ray and DVD from 5th December courtesy of Entertainment One.

Advertisement. Scroll to continue reading.
In this article:Colman Domingo, Fear The Walking Dead