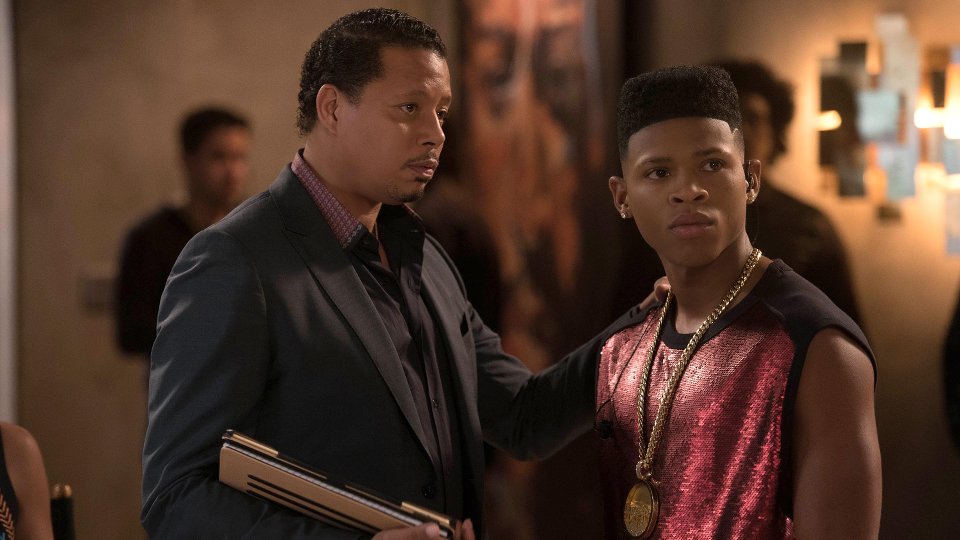 Jamal (Jussie Smollett) teamed up with Angelo (Taye Diggs) to get Freda (Bre-Z) out of prison on the latest episode of Empire.

Despite suffering from PTSD as a result of her shooting him, Jamal was shocked when he saw how badly injured Freda was from being attacked in prison. He promised to get her released and asked Angelo to pull some strings to make it happen.

What Jamal hadn’t figured out is that Lucious (Terrence Howard) was working with Freda to stage the attack so Jamal would take pity and get her released. The latest deception sent Jamal straight back to his booze and pills cocktail.

Elsewhere in the episode Shyne (Xzibit) received a beating from Lucious as Nessa (Sierra A. McClain) agreed to sign to Empire, Angelo tried to live in Cookie’s (Taraji P. Henson) world after taking advice from Jamal, and Andre (Trai Byers) slept with Nessa.

The next episode of the season is One Before Another. Lucious and Andre are on high alert waiting for Shine to retaliate. Cookie is caught off guard during a meeting with her probation officer.