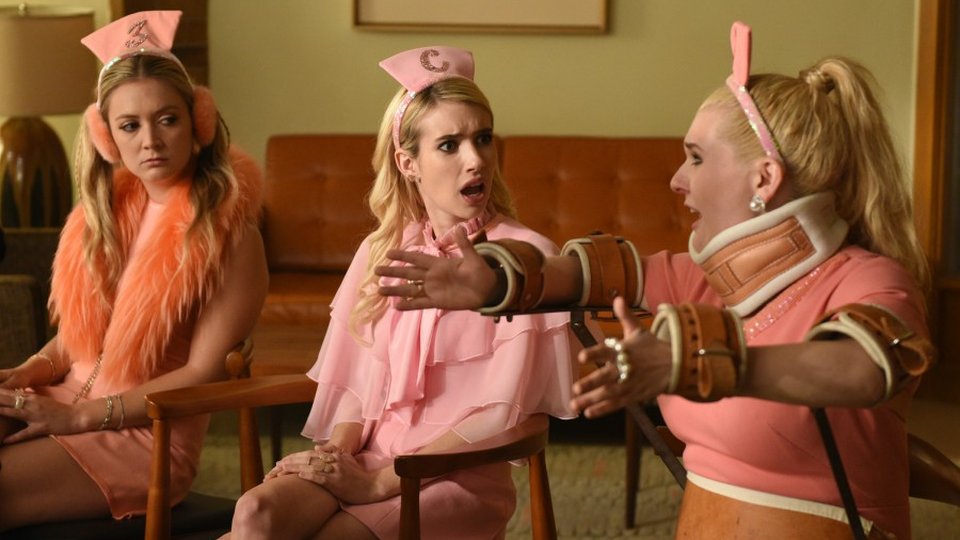 Halloween brought chaos with it on the latest episode of Scream Queens.

Following the murder of Chad (Glen Powell), the Green Meanie struck again when Hester (Lea Michele) advised Munsch (Jamie Lee Curtis) to throw a party to draw the killer out. Hester asked if she could attend the party but her request was refused.

Denise (Niecy Nash) was attacked by the Green Meanie but survived and she agreed to let Hester out for 24 hours. The deranged killer disguised herself as Ivanka Trump and escaped.

On Halloween night a group of patients arrived after being poisoned during an apple bobbing competition. Zayday (Keke Palmer) realised the poisoning was a distraction and Chanel #5 (Abigail Breslin) was attacked and left for dead.

Denise found her and was once again attacked by the Green Meanie. This time though, she didn’t survive and was electrocuted.

The next episode of the season is Chanel Pour Homme-icide. After the events of Halloween, Munsch goes to the authorities. Zayday and Chanel No 5 visit someone who has ties to the hospital’s past.